Elon Musk announced a limited release of Tesla “short shorts,” a culmination of his greatest memes. Here’s a quick hack to look baller: download the Tesla app and place it prominently on your phone’s home screen.

I know this works because I borrowed my brother’s Tesla (👋 Nam) once and had to download the app.

I never deleted it and, when I saw a buddy recently, he noted the Tesla app on my phone and asked, “whoa, I didn’t know you owned a Tesla.”

For maximum effect, don’t have any other apps on that one screen

I let his question hang for 9 second — 9 glorious seconds when my friend thought I was way richer than I really am — then told him: “I actually don’t. It’s my brother’s.”

So, yeah. Nine seconds of glory in exchange for a lifetime of knowing I’m a fraud.

I bring this up because Tesla ($TSLA) just had an incredible week, up nearly 30% over the past 5 trading days. 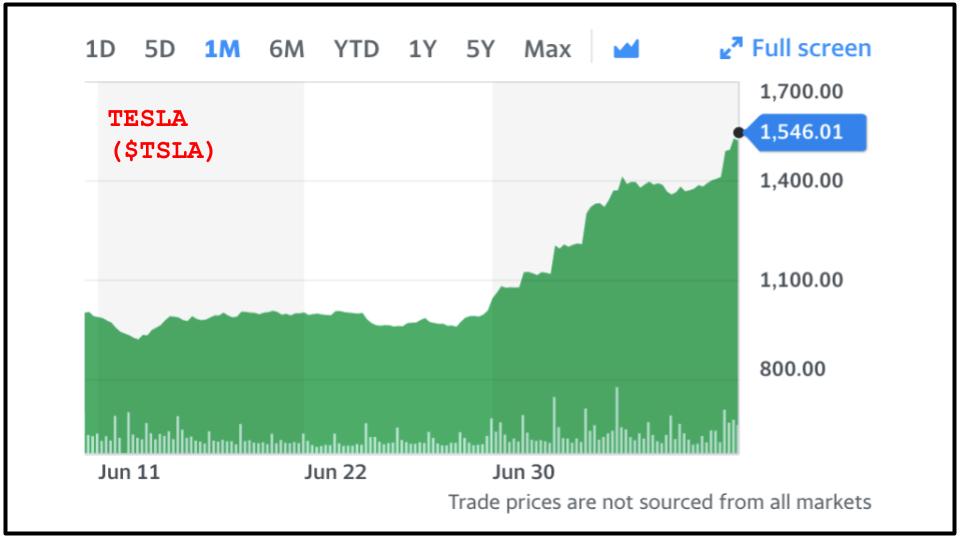 Elon is now worth $70B+ and is richer than Warren Buffett. 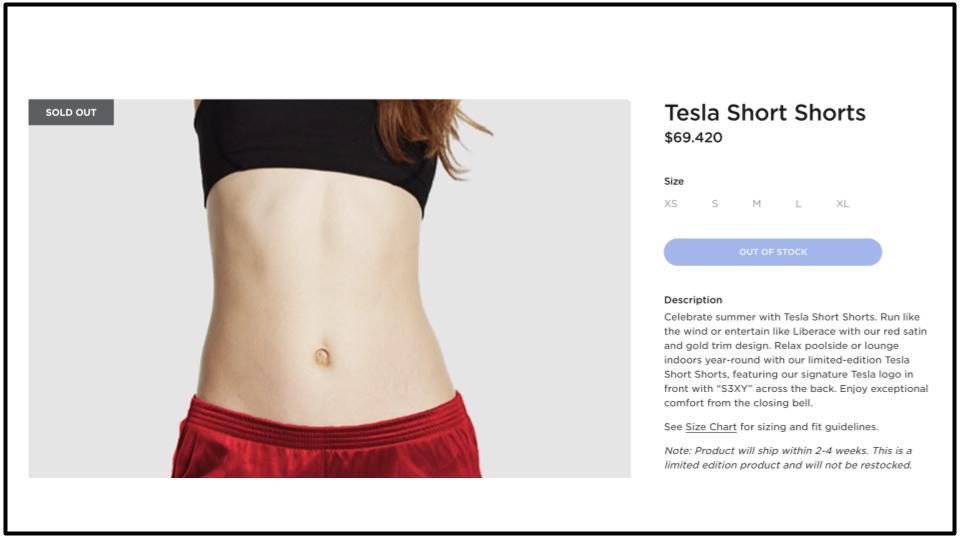 His antics really do seem to work. Based on rigorous quantitative research, I found that $TSLA is up one trading day after each of Elon’s absurd merchandise drops (*correlation is not blah blah blah*): 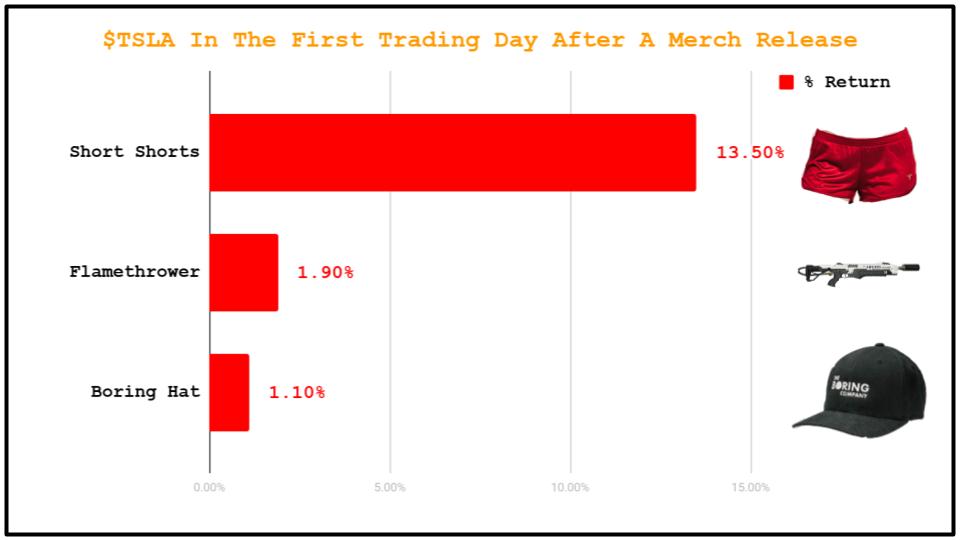 The short shorts are a culmination of many of Musk’s greatest hits:

If you’re thinking, “wow, that must have taken an unreasonable amount of time to hit this completely arbitrary time mark” then you are correct.