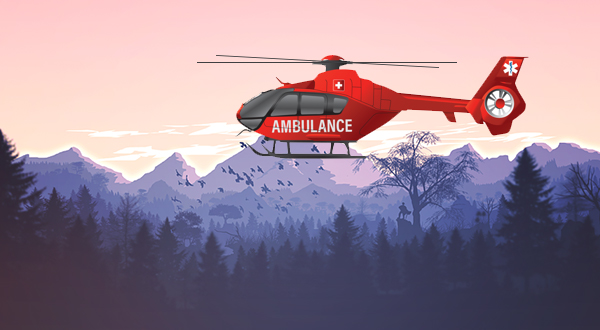 The private air ambulance industry is flying high … and so are prices for emergency airlifts.

And, as Axios reports, the costs of medical air transports didn’t climb so high by accident.

Hospitals used to own and operate their own choppers…

And they used them to transport critically ill or injured patients between facilities or from remote areas. Although hospitals often lost money on these programs, they saved lives.

But in the early 2000s, private equity investors started buying these programs and billing patients directly… and charging sky-high prices.

So, how did they turn medical choppers into for-profit machines?

These firms commissioned paramedics, nurses, and doctors to “promote” them to emergency personnel … even if there weren’t true emergencies at hand. Soon, 80% of flights were routine transports, not emergencies.

Now, the Senate wants to land on a solution

The US Senate health committee recently introduced a bipartisan plan to reduce surprise medical bills — and it took aim at the hot air spun out by air ambulance companies.

The air ambulance companies have criticized the plan, claiming high private rates are necessary to offset low government reimbursement rates and arguing the plan would result in the closure of rural ambulance bases.