Among the 121m hopefuls who buy lotto tickets annually, one group is woefully underrepresented: the young’uns.

Every year, around 49% of the US adult population buys a lottery ticket.

But among the 121m or so hopefuls who buy these tickets annually, one group is woefully underrepresented: the young’uns.

A 2016 Gallup poll found that only ⅓ of millennials bought a lottery ticket in the previous 12 months, a much smaller contingency than those aged 50-64 (61%).

According to US Census data, younger people also spend significantly less on tickets.

But when this spending is broken down by age group, younger folks fall well below that average. 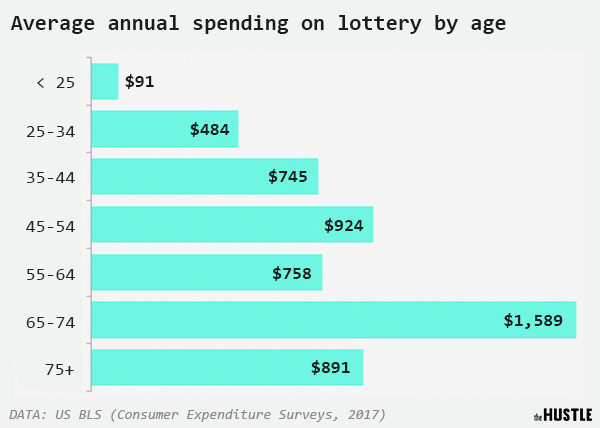 Baby Boomers and members of the Silent Generation have no qualms about dropping serious coin on lottery tickets.

So what’s up with the kids these days?

Analysts have attributed this disparity to a variety of things:

Then, of course, there’s a healthy dose of youthful realism.

“I feel like everything’s just too expensive nowadays to just kind of throw away your money on luck,” one 21-year-old told Reuters.