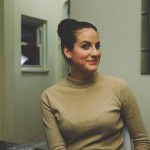 Lindsey Quinn
Just a lil' turd tryna be the shit. I write news puns at The Hustle.
↓     WRITTEN BY Lindsey Quinn

Netflix wants movies that it bankrolls to stream right away, but movie chains like AMC want them go through theatrical release.

This week, Burger King rolled out its “Impossible Whopper” — a meatless Whopper-alternative via startup Impossible Foods — in 7k locations nationwide.  So far, the plant-based patty has been a huge hit for BK, boosting traffic by 18% when it debuted regionally back in April.  But, in the race to keep up with heavily funded […]

Most cities face real estate battles over land. The upper class of New York often fights over the air. But what’s too much for a view?

Want a great deal on a house? Find one where someone was murdered.

A gruesome death in a home can slash the sale price by as much as 25%. But is the discount worth it?

Martha will advise the fast-growing Canadian cannabis company on a CBD line, starting with, as Martha put it, “sensible products for people’s beloved pets.”

In the event of an IPO, both companies will offer cash bonuses to drivers -- or the option to use that cash toward company stock at its IPO price before it begins trading.

Apple will start testing its first credit card in partnership with Goldman Sachs, linked directly to the Apple Wallet.

Amidst pressure from lawmakers, Amazon cancels plans to build massive HQ in NYC

After a yearlong selection process and months of debate, Amazon’s HQ deal with New York is dead in the water.

Several inmate messaging apps that were launched by enterprising ex-cons are changing the way that families communicate with their incarcerated loved ones.

Gig economy platform Jyve comes out of hiding with $35m in funding and a plan to help gig workers unlock “higher skill opportunities” with each job they successfully complete.
1 2 3 ... 29 Next →