We had some laughs about inflation-free cookouts, the Gulf of Mexico and The Zuck. So the team at The Hustle asked me to share my favorite tweets for the week and provide some expert analysis on the topic.

The White House really wants inflation to go away

Other than “volcano”, a front-runner for the word of the year has to be “transitory”. The dictionary defines the word as “tending to pass away”.

Well, the US Federal Reserve has repeatedly issued statements in 2021 to say that inflation — which recently increased at the fastest rate since summer 2008 — is “transitory” and will soon pass.

In the lead up to the Independence Day weekend, The White House released an absurd tweet to make people *not* worry about inflation. The pun-filled tweet highlights how 7 food items — for a hypothetical “4th of July cookout” — has fallen in cost over the past year: 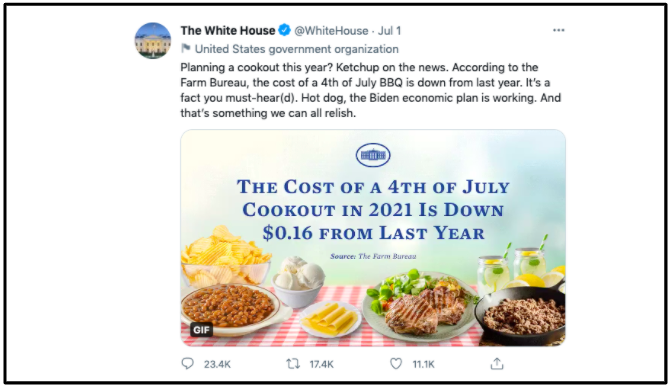 First question: has this exact spread actually ever been someone’s “4th of July” cookout? Where are the hot dogs? Burgers? Passed out uncles?

I’m not an economist (I am a CFA, though)…and I doubt a $0.16 saving on randomly picked food items will assuage people of inflation fears.

The Gulf of Mexico was literally on fire

You’ve almost certainly seen the “Gulf of Mexico on fire” pic by now. In technical terms, a gas pipeline blew up and created an underwater fireball. 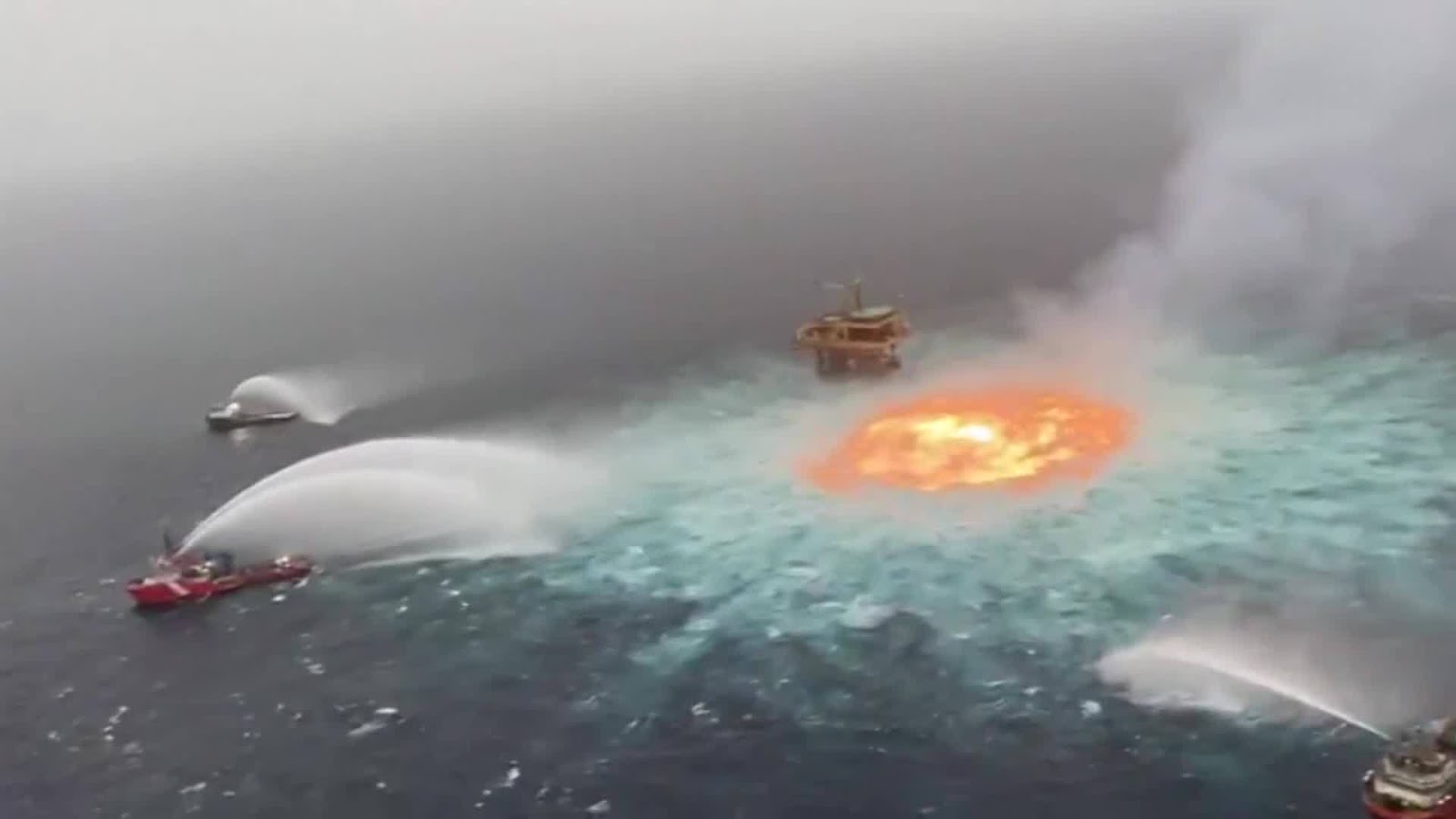 Ultimately, it took 5 hours to extinguish the flames … which was more than enough time for meme madness: 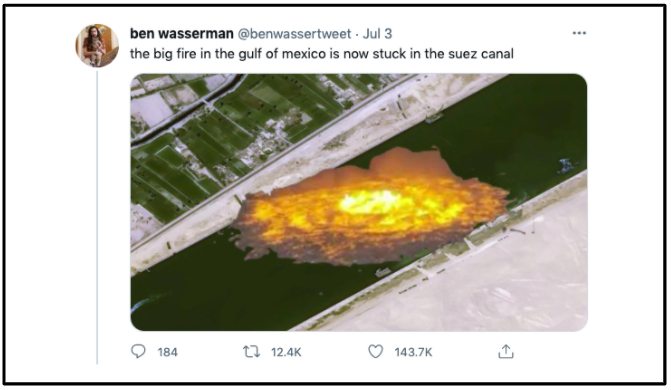 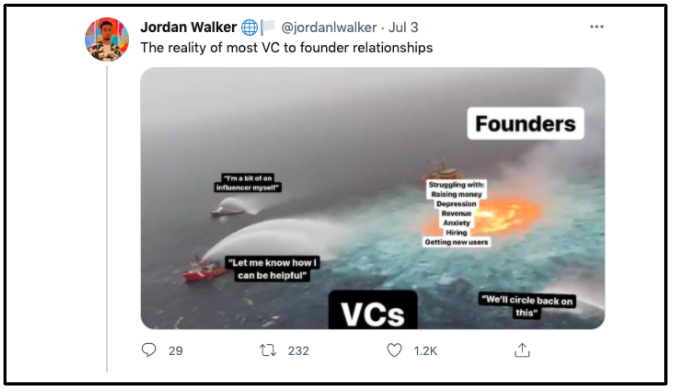 The Zuck is a patriot

Possibly the most viral 4th of July thingy was Facebook CEO Mark Zuckersurf posting an Instagram video of himself hydrofoiling over water (WTF is this?) while carrying an American flag with John Denver’s “Take Me Home, Country Roads” in the background.

I can’t believe I just wrote that sentence.

Fair enough for Zuck: he just had 2 antitrust suits against Facebook thrown out and his company broke past the $1 trillion mark. 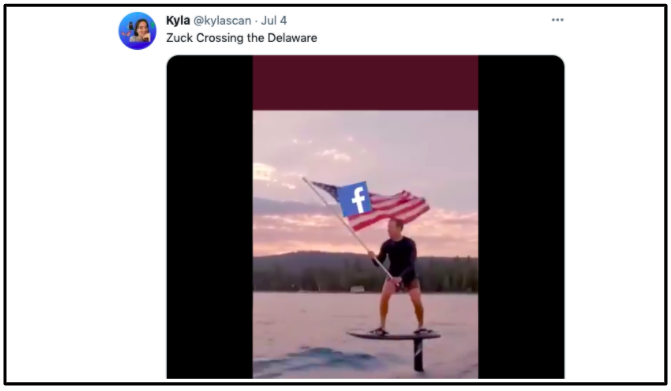 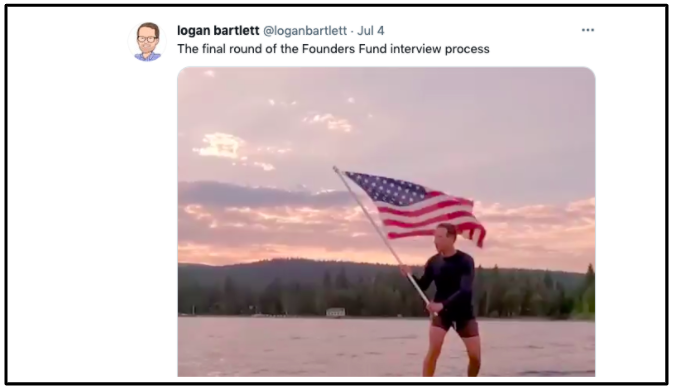 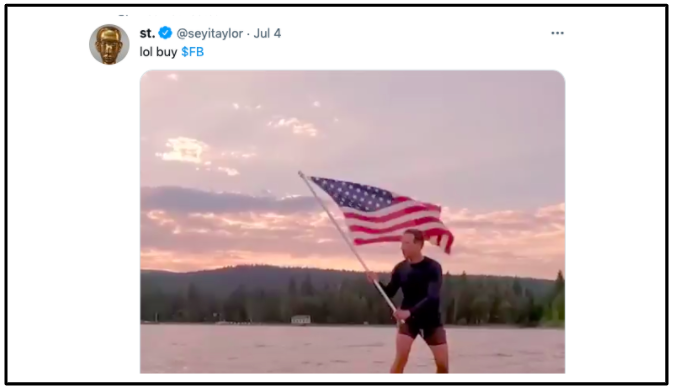 Meeting of the minds

Nothing makes me happier then when memes combine. And — sure enough — some genius on the internet mashed up the Gulf of Mexico and Zuck episodes into one glorious viral piece of art. 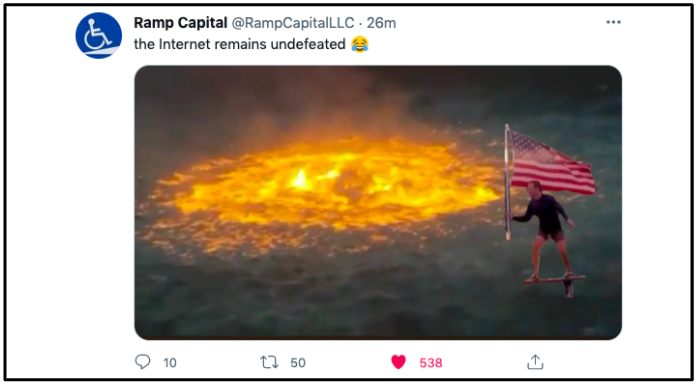