Skip to content
Home › For big tech, the debates are debatable

For big tech, the debates are debatable

Happy Monday, folks. Don’t worry, this email isn’t actually about politics… it only looks that way. So go ahead and unclench your fists and close Twitter before someone gets hurt… Today:

Make it a great week.

Who’s missing from the debate stage this primary season?

Here’s a hint: If you Google it, you’ll have half your answer. Under lawmaker scrutiny for facilitating the spread of misinformation and election manipulation, Google and Facebook have been missing from the Democratic primary debates.

They led the charge in bringing social media to the stage

In 2007, YouTube — owned by Google — buddied up with CNN to feed constituent questions to candidates via video, making it the first social platform to bridge the voter/politician gap on live TV.

Facebook followed suit, creating a “soundboard” for viewers to post real-time reactions during a debate televised by ABC News.

By signing on as debate co-hosts or sponsors — typically alongside TV networks — these platforms get to flex their civic bona fides by giving voice to voters.

This is awkward, but…

So far, there have been 5 Democratic primary debates. Last week, the Democratic National Committee announced the dates, locations, and hosts for its next 4 debates — and Facebook and YouTube are nowhere to be seen.

Which means it’s time for someone else to shine

Apple News will host the New Hampshire debate on February 7. This is a big get for Apple News+, a subscription app that launched this spring.

Along with CBS News and the Congressional Black Caucus Institute, Twitter will co-host the South Carolina debate on February 25. Twitter is expected to funnel voter questions directly to debate moderators.

Some speculate that Facebook won’t make an appearance at all this season. But it’s clear that tech companies provide something valuable to public discourse, and this techlash could be fleeting.

The ‘total collapse of Google culture’: Things are still not fine at Google. Employees are now fighting back against a recommendation that the company nix a longstanding practice of letting workers access most internal documents.

The (potential) return of net neutrality: The battle for a free and open internet ain’t over yet. Mozilla and activist groups petitioned for a rehearing of the case that confirmed the ability of ISPs to create slow and fast lanes on the web.

Isn’t it ironic, don’t you think?: A thief randomly broke into a Facebook staffer’s car and ended up with hard drives containing the banking information and compensation data of 29k Facebook employees.

After a sea cucumber crackdown, another cucumber crook is caught in a pickle

Last month, federal agents suspected something fishy about a man named Wei Li as he tried to cross the border from Mexico into the US without declaring anything at customs.

As it turned out, they did smell something fishy — 46 smuggled sea cucumbers.

So, why are sea swindlers suddenly so cuckoo for cukes?

The black market for sea ’cumbers is surprisingly big business.

In China, where sea cucumbers are prized for their medicinal properties and as a culinary delicacy, marine cukes sell for as much as $3.5k per kilo — which means Mr. Li’s sludgy stash could have been worth roughly $4k.

Cucumber crime got out of hand after a 17% increase in the value of sea cucumbers between 2011 and 2016 inspired a rash of cucumber capers.

In recent years, border authorities have discovered numerous sea cucumber smuggling operations — including one father-son duo that smuggled $17m worth of sea cucumbers to Asia.

In fact, sea cuke swindling has led to some seriously slimy situations.

According to authorities, the sea cucumber trade has led to assaults of wildlife inspectors, acts of arson between competitors, armed robberies, and the deaths of at least 40 drowned cucumber collectors (not to mention the destruction of sea cucumber colonies).

Several other cucumber criminals have already been sent to the clink — including a cuked-out former US Border Patrol agent who was sentenced to 30 months in federal prison.

Mr. Wei Li has yet to be charged. But you know what they say: If you can’t do the time, don’t sell the slime.

This Oris watch pays homage to a jazz legend — and they’re only releasing 1,234 of them

WHAT: The James Morrison Academy of Music Limited Edition Timepiece.

Fresh off the production line at Oris’ Swiss factory, this timepiece features eye-catching details including golden hands and a bold blue gradient.

You’ll also spot a subtle reference to jazz in a trumpet-inspired counterbalance and an Academy of Music emblem engraved on the backside of the watch.

WHY: Oris’ Swiss engineers combine elevated design with reliable performance to maintain their position as one of the most respected watch brands in the world.

This limited edition watch blends your interests and your fashion sense into one seriously stunning watch. Let your timepiece tell a story with Oris.

This is on the heels of the company increasing earnings by 800% and acquiring 18 insurance product distributors this year.

Half of private US companies give employees some financial stake…

Usually in the form of stock options or profit sharing. But ceding ownership is rare.

The most common employee-owned biz situation is through an employee stock ownership plan.

Here’s how they work: A company takes out a loan to buy back shares from shareholders, then divvies up shares among employees. Profits from the employee-owned segment aren’t taxed, so that’s how the biz can pay back the loan.

The average employee stock ownership planholder owns a share worth almost $120k, and the company has to buy back the share when you split (or retire). Think of it as building equity in your job.

So why would businesses want to give up this type of value?

Offering ownership could also help narrow the wealth gap between people who work for a living and people who get rich off investments.

Some wheels are turning in Congress about this, too: A bill passed last year makes it easier for small businesses to get loans to fund employee stock ownership plans. 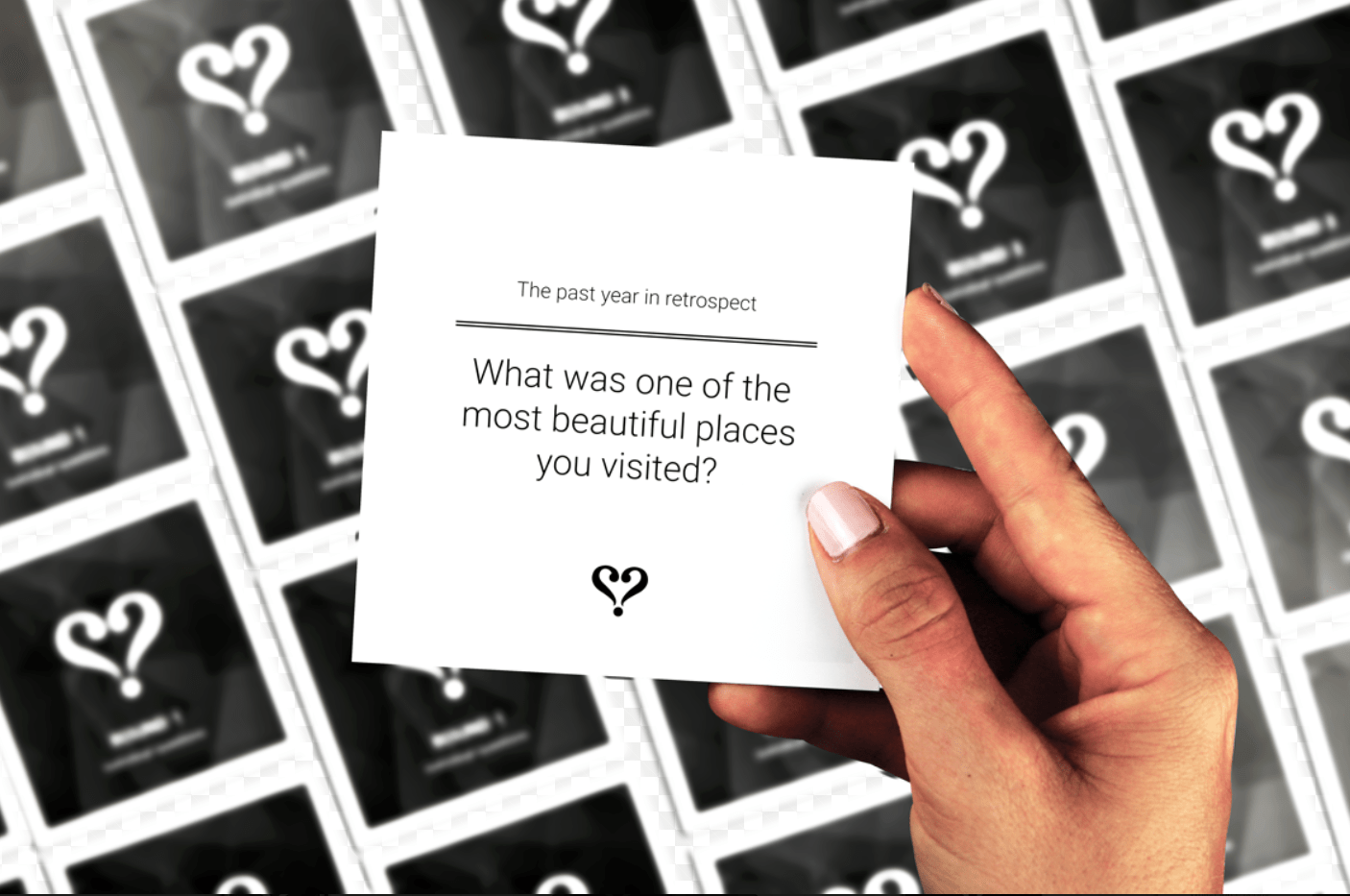 Small business of the week: The card game that minted millions

In an age where screen time trumps quality time, Willem Jagtman, Lars Blokdijk, Lizette Zeeman, and Bart Kloosterhuis realized they weren’t connecting with those they loved most. Their response? They created Vertellis (which means “tell me more” in Dutch) — a card game designed to spark engaging conversations.

Before starting out, they vowed to produce the product if they hit 500 presales. That happened pretty fast. One woman discovered them through social media and ordered 300 units to give as gifts to her clients. That same woman ended up offering the company manufacturing support. (Power of connection FTW.)

The early success convinced the team to try Facebook ads. That helped fuel 25k sales, netting them $400k in revenue. Since their 2016 launch, the game has expanded to 11 countries and is played by millions around the world. The “connection starter” has evolved into 3 games, 3 books, coasters, notebooks, and more on the way — all designed to stimulate mindfulness.

Want your story featured? Fill out our Small Business survey. See financials of 600+ companies by subscribing to Trends.