Home › How to avoid buyer's remorse

How to avoid buyer's remorse

We’ve all felt guilty after making a purchase. But social psychology research suggests a remedy: Buy experiences, not objects.

Earlier this year, I impulse purchased an mp3 player for long bike rides.

Initially, I was happy with my selection. But in the following days, I began to question myself: Was it worth my $50? Was it really the best option? Would I actually use it, or would it end up in the drawer of doom, flanked by Cheesecake Factory gift cards and hotel pens? The doubts set in.

Some 82% of people report feeling regret or guilt over a purchase — $10B worth of goods, collectively. It can happen with something as insignificant as an ice cream cone or as serious as a house, and it’s hard to tell when it will strike.

But what causes buyer’s remorse? And how might we avoid it? I pestered psychologists and reviewed dozens of studies to find answers.

The cognitive battle of consumption

When you’re considering a purchase, two opposing forces are waging a neural war inside of your head.

“At any given time, one of them is trying to control what we’re doing,” UT Austin psychology professor, Art Markman, tells me. “But whichever one is more closely aligned with your goal (either physically, or in time) will be more dominant.”

Let’s say that your goal is to buy a car. You’re browsing a dealership one day when the salesman walks you out to a shiny new model and offers you a “deal.” You sit in the driver’s seat, inhaling the pheromonic aroma of fresh leather. You feel a heightened sense of endless possibility, excitement, desire.

Your approach system overrides your avoidance system: You ink the deal.

Then, things start to go south.

Post-purchase, that approach system “boost” that you had at the dealership dies down, and the avoidance system comes rushing back in. Suddenly and violently, you’re confronted with all the suppressed consequences of your action.

When are you most likely to get buyer’s remorse?

Buyer’s remorse is a form of what’s called cognitive dissonance — a period of mental discomfort caused by conflicting beliefs and attitudes. During this period, we go through a multidimensional range of thoughts and feelings:

You go through a period of post-purchase rationalization, where you try to retroactively convince yourself you made the right decision by amping up the positives of your decision and downplaying the negatives. Sometimes, this works; but even the slightest inkling of doubt can lead to buyer’s remorse.

Your discomfort tends to be more severe when the purchase requires more “effort” (financial resources, time spent researching, negotiation) or “commitment” (long-term dedication). The more involved you are with a purchase, the more intense your potential regret will be.

Some surveys have shown that as many as 7 out of 10 people who buy a new car, and 44% of all new homeowners, experience some form of buyer’s remorse. But smaller items — clothing, electronics, and kitchenware  — can just as easily haunt us.

Buyer’s remorse has intensified in the age of e-commerce, one-click checkouts, and streamlined supply chains: Consumption is easier, cheaper, and faster than ever before.

If you so desire, you can order a 25-pound bag of gummy bears at 3:30 in the morning. You can take the plunge on a Himalayan salt lamp from the comfort of your toilet. A Nicholas Cage pillowcase can be yours with the tap of a finger.

These impulse buys, which 80% of us fall prey to, are front-loaded with emotion, and we often come to regret them within a short period of time.

But social science tells us there is a much better way to spend our money.

In a 2011 paper, Cornell University psychologists Emily Rosenzweig and Tom Gilovich took a look at how buyer’s remorse varies across 2 types of purchases:

Material purchases, they found, are far more likely to lead to buyer’s remorse because they are “interchangeable.” In today’s market, almost any given product you buy has dozens, if not hundreds, of very similar alternatives.

This often leads to the dreaded paradox of choice (when an abundance of similar options causes psychological stress).

As the number of choices increases, the opportunity cost of discarded choices grows in tandem. When you finally choose one, the compounded effect of these missed opportunities causes buyer’s remorse — even if the item fulfills your needs.

We are far less likely to regret an experience.

In fact, it is more common to regret missing out on an experience (FOMO,” or “fear of missing out”) than to regret spending money on one.

This is partly because you interpret experiences to be unique, not interchangeable. While a website might line up mp3 players feature by feature, it is hard to make an equally objective comparison between, say, a hike in Yosemite and a hike in Patagonia. Thus, we don’t feel the same sense of lost opportunity cost.

But it also has to do with the way you remember an experience.

Let’s say you attend a Hoobastank concert. Your memory of how good it was will be a combination of how you felt at the show’s peak (the best song of the set) and how good you felt at the end (the encore). Author Daniel Kahneman calls this the peak-end rule.

“You don’t think about how long-lasting the effect of that concert was,” says Art Markman, the UT Austin psychologist “You remember the high when you left.”

In this sense, experiences create sustaining memories that tend to outlive the initial “boost” provided by material items.

Brands are well aware of this and have adjusted their marketing efforts accordingly. We now live in an “Experience Economy,” where material items are never just material.

A BMW isn’t a car; it’s the “Ultimate Driving Experience.” The Apple HomePod isn’t a smart speaker; it’s a portal into a shape-shifting funhouse. Coca-Cola isn’t a soda; it’s a sentimental journey on a rickety train with new friends. This kind of positioning is, among other things, a corporate effort to mitigate buyer’s remorse.

While objects can certainly be experiential, most things you buy end up going unused. Merely owning a nice car won’t make you happy; you have to engage with it consistently enough to justify the resources you put into it.

In some sense, buyer’s remorse is a product of the lofty expectations we have for consumption: We often buy things because we (falsely) think the act of acquisition alone make us happy.

But at the end of the day, we’re all just stuck on a Hedonic treadmill. While positive or negative purchases might temporarily alter our psychic state, we inevitably fall back to a happiness median. We’re caught in a perpetual cycle of quick fixes, each promising to pull us off the machine and into the Elysian Fields of mercantile bliss.

“We always think, ‘If I just had this, or if I just had that, I’d be happy,’” says Markman. “And when you’re wired that way, you’re almost always set up to be let down.” 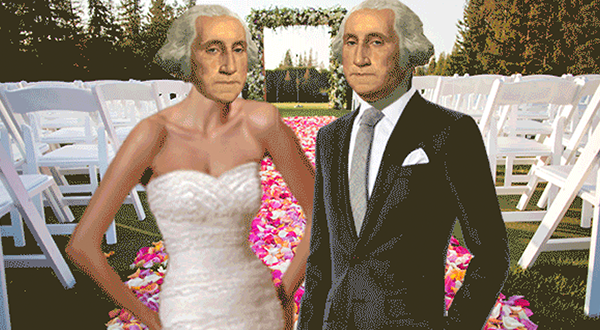