Let’s start by saying: We might get some flak for featuring this company.

Comma is a very small company that has built a system that self-drives a car from a phone. They are doing this with under 10 people… out of a basement in the Potrero Hill neighborhood of San Francisco.

There are only 2 investors in Comma, Andreessen Horowitz (heard of ‘em?) and Techammer, for a total of $8.1m.

Pretty much this whole story is unusual… and it only gets weirder:

The founder, George Hotz, is what we’d describe as “a mad scientist” who started his infamous path when he became the first person to carrier-unlock the iPhone in 2007 (he was only 17 years old and traded it for a Nissan 350Z). He’s pulled a few other public stunts like hacking a Playstation 3 so much that Sony sued him and filed a temporary restraining order against him.

By 2015, Hotz was on to bigger things like trying to make a free system to turn your Honda Accord into a self-driving vehicle controlled by just a phone. After he did it a year later, George got some stern words from the State of California forbidding him to test his autonomous driving system without passing proper regulation. 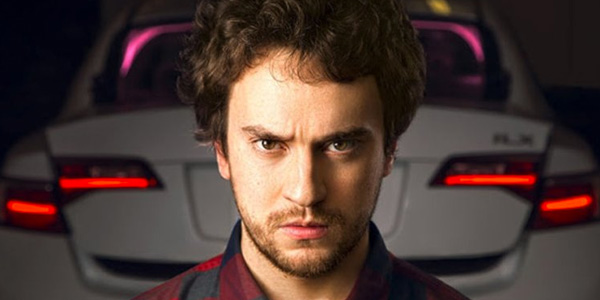 Jury’s out on whether this company will crash and burn or actually pull off the impossible. But if you’re a crazy hacker looking for a wild ride, we think this might be your jam.

You could be part of a tiny team that’s managed to do similar things as Tesla (kind of), and is trying to open source it for everyone to use.

In terms of stability, Comma seems on the very low end. While they have funding, they also have a super small team and a founder that’s on the slightly controversial side.

A crazy dreamer/hacker who wants to change the world and has super high technical abilities.

“Hey Aunt Shirley! I work for Comma which is a small team of people that’s managed to build a self driving car system that uses your phone. That’s right, we make stuff that can modify your Honda Accord to drive itself. We also make a free app anyone can use as a dashcam that trains our cars, and you can buy several hardware products from us to hack your car to drive itself.”