Impossible Foods is well known for making burgers and meat… that ISN’T meat.

Safe to say, if Impossible Foods solves this, it can become a mega-corporation as well as really really really good for the world.

Think about it. Here’s possibly the dumbest supply chain in the world: make a baby cow, raise it, wait until it’s an adult, kill it, harvest 70% of it, throw the remaining 30% away, then transfer that meat onto someone’s grill all without letting it get above 40º F.

What if you could replicate the proteins in all those animals… with either plant ingredients or synthetic proteins?

That’s what Impossible Foods is working on and it’s getting really popular. Their burger is pretty darn close to meat, kills zero animals, and is getting cheaper to produce every 3 months: 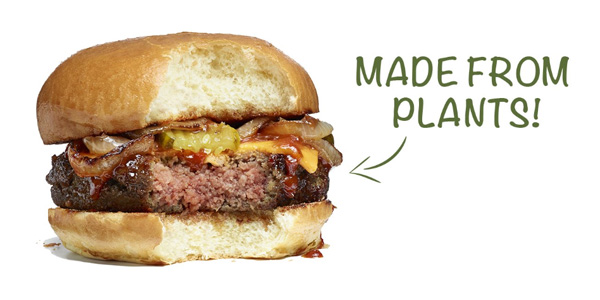 Some say they’ve even seen it ‘bleed.’

This is why there’s an metric ton of capital flowing into this company from people like:

Immediate hiring for many positions as the company is growing really fast. Lots of low-experience job openings. There’s a TON of hype and excitement about Impossible Foods as it’s a company with a great-tasting product that also happens to be good for the world. We call that a double whammy.

The headquarters is located outside of San Francisco proper in Redwood City, CA — sorry city lovers. And since a lot of very passionate people want to work for Impossible Foods, the salaries aren’t raising eyebrows. For example, a Staff Scientist can expect about $100K – $108K, whereas at a big pharma drug company they can get much more.

Someone who wants to work in a fast-moving company that’s working to change the way food is made and consumed. Impossible Foods has a startup-y vibe but is pretty well established and funded. That means it’s a professional environment where results matter but you can still ride your little electric scooter.

“Hey Uncle Gary! I work for Impossible Foods which was founded in 2011 to discover a sustainable way of turning plant proteins into nutritious foods and even meats. Their first product, The Impossible Burger, was introduced by top chefs to the world and is currently available at tons of restaurants. It’s nearly indistinguishable from a beef burger, much healthier, and completely made from plants. Did you watch the game last night?”

Impossible Foods has a good amount of entry level as well as technical positions open: