Taylor Swift is leaving the Nashville-based label that ‘discovered’ her — for one of the biggest artist deals in history.

Taylor Swift is leaving Big Machine Records — the Nashville-based label that “discovered” her when she was 14 — to ink one of the biggest artist deals in history with Universal Music Group.

But this isn’t your average megadeal: Swift also negotiated with Universal to give her rights to all of her master records — and it could help other artists do the same.

They Are Never Ever Getting Back Together

Over more than a decade with Big Machine, Taylor Swift won 10 Grammys, became the youngest-ever winner of the Grammy for the album of the year (and the only woman to win it twice), and was the only artist in history to make 4 albums that sold 1m copies in their first week.

But Swift wasn’t satisfied. Even after breaking her own record for highest grossing concert tour by a female singer with a gross of $191m, she still didn’t own the rights to her master records — Big Machine did.

So despite a friendly relationship, Swift finally had to cut the cord to win full financial control over her hits.

‘You Belong With Me’ — Universal Music Group

When her contract expired this November, Swift became the hottest free agent in the music world, triggering a label bidding war that resulted in a massive contract with Universal (the deal size is undisclosed) that guaranteed her rights to all her future records — an unprecedented win for an artist.

But Swift wasn’t content winning an unprecedented battle for the rights to her own music — she wanted to help other artists do it, too.

Swift’s deal isn’t just good for her — it’s music to all artists’ ears.

As a part her contract, Swift demanded that if/when Universal Music Group (who is a major investor in Spotify) sells any of its shares in the streaming company in the future, it must distribute the profits to all of its artists (including her, of course).

Swift is a great singer, but she’s an even better businesswoman — and now all the artists in the music biz will share in the royalties.

Look at what you made her do…

BH purchased $13B worth of new bank stocks last quarter alone, bringing the firm’s total banking investments to $86B.

To put that in context, BH’s stake in Bank of America is the firm’s second largest holding (behind Apple at $56.9B).

Why is he banking on banks?

Because, theoretically, it’s a “forever business” — one that we’ll always need as long as traditional currency exists.

And, he’s managed to invest a massive amount of capital in a single industry without triggering the feds.

Aside from its American Express holding, all of BH’s investments are under 10% ownership to avoid regulatory oversight (The Motley Fool points out that it has special permissions from the Federal Reserve to own up to 25% of American Express).

Monroe, Ohio, will be the home to America’s first robo-warehouse

A tiny Cincinnati suburb will be the site of Kroger’s first fully automated warehouse, thanks to a $55m partnership with UK-based robotic fulfillment company Ocado.

Kroger plans to expand this first automated warehouse into 20 cutting-edge facilities across the country in a race to out-stock its rivals Amazon and Walmart.

Kroger and Ocado will construct their first facility, a 335k-square-foot project in the suburbs north of Kroger’s Cincinnati headquarters.

Ocado’s system consists of a series of “sheds” that house packing robots. A central control system coordinates the individual robots over a massive grid of as many as 250k individual boxes.

By processing 3m routing connections per second, the robots can pack 50-item grocery orders in less than 5 minutes.

The grocer’s aisle is going to the bots

Kroger is moving fast to catch up to industry leaders Amazon and Walmart as the three warehouse warriors compete to carve out a chunk of the $800B US grocery market, only 1% to 4% of which is sold online.

Kroger paid $248m for a minority stake in Ocado in May, guaranteeing exclusive rights to use the company’s technology in North America. Now that the partnership has hit the warehouse running, it plans to open 20 facilities in the next 3 years.

Look, we know you’ve been pissed at bees ever since one stung you at your 4th-grade birthday party in front of your crush, swelling your head to twice its size (“balloon face” is a hard nickname to shake).

Okay, maybe that’s personal. Point is, bees aren’t some abhorrent pest — they’re one of the most important insects in the world….

But they’re in trouble

In the past few years, US beekeepers have lost 38% of their colonies.

According to the Sierra Club, the reasons for this are complex and wide-ranging — a combination of “parasites, pathogens, pesticides, poor nutrition, and habitat loss.”

Why does this matter? Well, turns out bees are responsible for cross-pollinating 30% of the world’s crops — including roughly $15B worth of US crops every year.

Where there’s a problem, there’s tech

As Quartz reports, a number of startups are working around the clock to find tech-rooted solutions to the bee-pocalypse.

Edete is building robotics to fill in the pollination void bees have left behind. ApisProtect and BeeHero are using “connected tech” and the Internet of Things to closely monitor pollutant and temperature levels inside hives.

Collectively, these companies are monitoring millions of bees in an effort to pinpoint where issues occur and reduce colony drop-off.

And if they succeed, we’ll be getting stung a lot more in the coming years. Hey, it beats world famine.

Because they don’t just look good, they feel good. Like, “Holy stitches, Batman! I never thought jeans could feel this way” good.

That’s because Revtown uses the same stretch- and durability-enhancing performance materials found in your athletic gear for their premium tailored cuts. It’s called Decade Denim and it’s hard as nails — but moves like Richard Simmons in his prime.

And with a fit that’s fashionably slim but not thigh-squeezing or hip-digging, you can wear these from the office to happy hour and back to the couch without ever wanting to change.

Even better? Buy any pair of Revtown jeans on Thanksgiving through Cyber Monday and get a Harry’s shaving kit, free of charge — two gifts for the price of one. 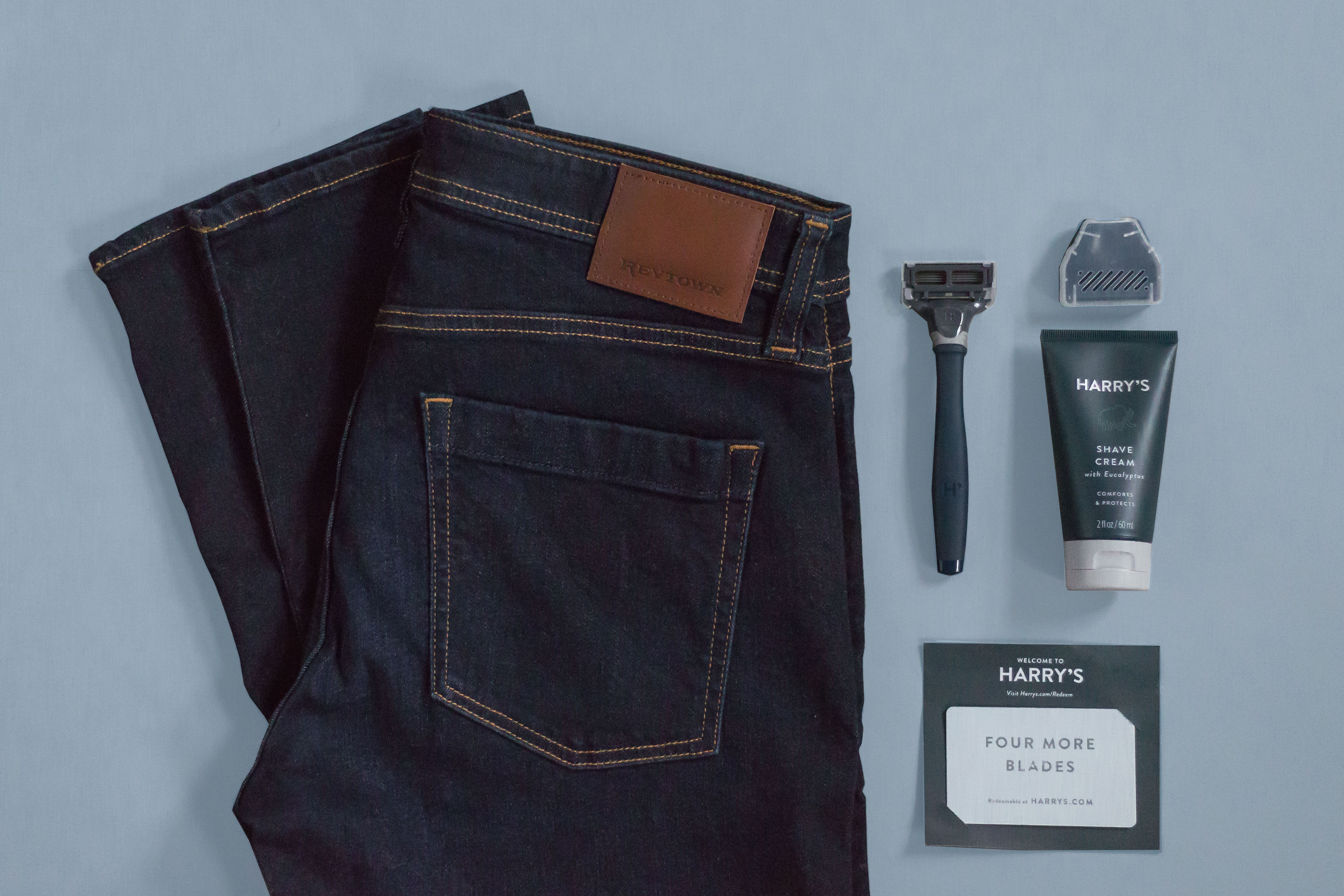 You opted in by signing up, attending an event, or through divine intervention.

Never want to hear from us again? Break our hearts and unsubscribe