Skip to content
Home › Patanjali’s guru announces their move to e-commerce, and the big e-tailers are lovin it

Patanjali’s guru announces their move to e-commerce, and the big e-tailers are lovin it

Yesterday, Baba Ramdev — the fearless face and yoga guru of the up-and-coming Indian consumer goods company (they literally sell everything) — announced the launch of Patanjali’s e-commerce platform. Between sharing their business plan and striking a few signature yoga poses on stage, Ramdev revealed their online platform made sales of more than Rs10 crores […] 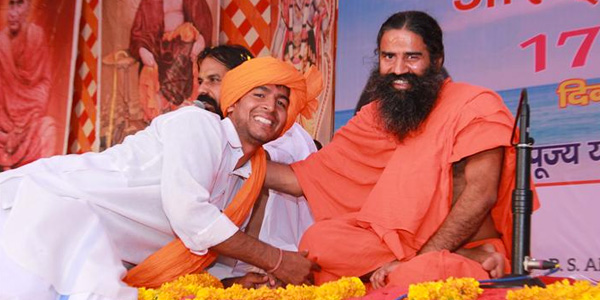 Between sharing their business plan and striking a few signature yoga poses on stage, Ramdev revealed their online platform made sales of more than Rs10 crores ($100m) during a trial phase in December, inspiring them to make an official push into online waters.

The announcement was met with cheers and applause by some of the leaders of India’s $15B e-commerce sector, as Ramdev announced Patanjali’s new partnerships with leading e-tailers like Paytm Mall, BigBasket, Flipkart, Grofers, and Amazon last week.

See, before this announcement, Patanjali sold online only through third-party distributors, but now with their own retail site, those other e-commerce giants can authorize online sales of Patanjali’s products directly — cutting out the middleman on both sides of the coin.

So what will this do for Patanjali?

On a micro level, the sales opportunity could result in over Rs1,000 crore a year ($10B), and on a macro-level, the company estimates the share of online sales will contribute to 15% of their total turnover in the next few years.

According to The Times of India, online sales of “fast-moving consumer goods” are expected to jump nearly 6 times their current $1B in 2020 — and Ramdev and Patanjali hope to make up a large piece of that pie.