Home › Why 70% of Millennials Have Impostor Syndrome

Why 70% of Millennials Have Impostor Syndrome Ever feel like you’re faking it? Are you worried that someone will find out and you’ll get busted?

70% of people feel this way, according to a study in the International Journal of Behavioral Science. It’s called Impostor Syndrome.

And people who challenge themselves – like CEOs and entrepreneurs – could be at higher risk since they’re in a state of ongoing growth and discomfort.

Millennials might feel Impostor Syndrome more as they’ve entered the workforce at a time of outrageous technological advancements and constant comparison on social media.

Technology is growing so fast that most of us are learning something new on almost every project we work on. And that can make you feel like you don’t have the expertise you should.

Meanwhile, other people’s Facebook and LinkedIn pages make it seem like they’ve got it all together. But there’s a big chance that your perception isn’t in line with reality.

What is Impostor Syndrome?

The “Impostor Phenomenon” was first identified in the late 1970s by Pauline R. Clance and Suzanne A. Imes. Their researched showed that many high-achieving women tended to believe they were not intelligent and that they were over-evaluated by others.

People who have Impostor Syndrome “experience intense feelings that their achievements are undeserved and that they’re likely to be exposed as a fraud,” according to a report in the International Journal of Behavioral Science.

Psychologists first thought that Impostor Syndrome affected only professional women, but research has proved that men and women feel it equally. The profession you’re in doesn’t matter. It’s been found in college kids, academics, managers, and medical workers. Actual success doesn’t matter either.

According to the same report, “anyone can view themselves as an impostor if they fail to internalize their success.”

Ironically, people who feel this way are almost always able to meet the requirements of their job, so their fears of inadequacy are just that — fears.

Many incredibly talented and successful people have felt this way.

“The beauty of the impostor syndrome is you vacillate between extreme egomania and a complete feeling of: ‘I’m a fraud! Oh God, they’re on to me! I’m a fraud!’ So you just try to ride the egomania when it comes and enjoy it, and then slide through the idea of fraud.”Tina Fey

“There are an awful lot of people out there who think I’m an expert. How do these people believe all this about me? I’m so much aware of all the things I don’t know.”Dr. Chan, Chief of the World Health Organization

“Sometimes I wake up in the morning before going off to a shoot, and I think, I can’t do this. I’m a fraud.”Kate Winslet

But if left unchecked, Impostor Syndrome can lead to serious anxiety and depression.

Here’s the way Impostor Syndrome works in the brain: When people give you props or tell you that you did a good job, stop rejecting those accolades. Just say ‘thank you”, then let yourself feel good about it and move on. Rejecting those compliments can be insulting to the people who give them to you. It’s like telling them they don’t know what they’re talking about!

Chances are, you’re just trying to be modest. I get that.

But in the words of author C.S. Lewis, “Humility is not thinking less of yourself, but thinking of yourself less.”

#2 Focus on the value you provide

Before you go down the anxiety rabbit hole, think about how you can help. What are steps you can take to help your team to reach its goal? Your bosses hired you for your skills and/or your personality. Don’t forget about that!

You can also do this with relationships. Helping a friend or loved one with something can remind you of all the things you CAN do.

#3 Comparisons suck, so stop using them

In 1599, Shakespeare wrote a similar line in Much Ado About Nothing: “Comparisons are odorous.”

Facebook, Instagram, and every other social media site make it far too easy to compare yourself to others. But comparisons will just get you down.

While you’re thinking about how you wish you were making as much money as X or had a dream job like Y, they’re probably thinking the same thing about you.

And don’t forget that people on Facebook show you what they WANT you to see. Chances are that you’re getting a glimpse of the most glamorous and perfect part of their life — not the other 95%.

In such a connected world, you can always find someone who is doing the same thing you’re doing, and someone doing it better. But imagine if George Lucas decided not to make Star Wars just because other people were making Sci-Fi and fantasy films? The world would have missed out big time.

Every time someone gives you a good review or sends a thank-you email for something you’ve done, take a screenshot, write it down or file it away for later. Revisit those notes when the Impostor Syndrome comes calling.

Visual reminders of what people appreciate about you can lift your spirits.

In our fast-paced digital world, it’s hard not to feel inadequate sometimes. But those feelings are normal. And unless you’ve been in the same boring job for years — we’re all just faking it until we make it.

Here’s to recognizing your skills, and not letting life — or social media — get you down. A 2018 study found over half of American adults think about retirement at least four times per week. In 2022, we’ll take the over on that number. Due to several factors, America …
Read More

Is anyone the true queen of Christmas?

Superstar Mariah Carey wants to trademark her unofficial honorific, the “Queen of Christmas,” for use on merch including apparel, food, and decor. But she’s meeting fierce …
Read More 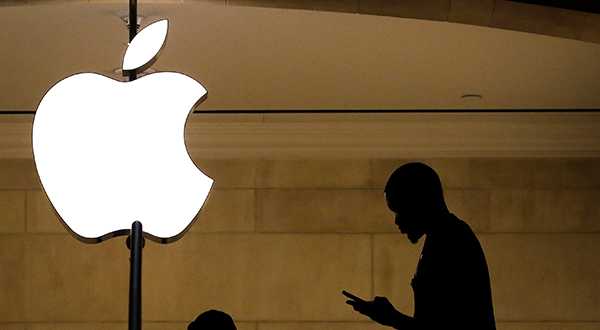 Is Apple about to become an advertising giant?

Last year, Apple introduced App Tracking Transparency (ATT) — you know, that little pop-up asking if you’d like an app to track you. That rhetorical question was a win for …
Read More The minimum salary for an NBA player is $1.8m per season, so it’s no surprise LeBron James makes a lot more than that. What might be surprising is how much he could earn if he …
Read More The nonprofit that buries medical debt