Why free stuff makes us irrational

When something is free, people feel a positive glow — and standard cost-benefit analyses go out the window.

If you’ve ever wondered just how passionate people are about free samples at Costco, look no further than these 2 incidents:

It may seem odd that a few small nibbles on toothpicks would incite violence. But this conduct is rooted in behavioral psychology.

The ‘positive glow’ of not having to pay

Dan Ariely, a professor of behavioral economics at Duke University and the author of Predictably Irrational, has researched the allure of free for years in all kinds of settings.

One time, he even hired somebody to give out free tattoos at a party. People who otherwise may not have considered a tattoo — especially not on a whim — got inked up because the price was right.

“There is something special about being free,” Ariely tells The Hustle.

In 2007, he co-authored a study titled “Zero as a Special Price: The True Value of Free Products” in which participants were asked to choose one of the following:

The researchers conducted other experiments involving real chocolates and photos of chocolates, and the results were similar every time.

They dubbed this the zero price effect: People overvalue things that are free and make irrational decisions in many cases when something free is involved.

Kristina Shampanier, a co-author of the study who now works at an economics consulting firm, told The Hustle the behavior is irrational because the research participants who picked the free item gave up something better, something they should prefer in a traditional cost-benefit analysis.

People do it because they are guided by a good feeling — “a positive glow that people have about not having to pay,” according to Shampanier.

As Ariely explains further, when people see something for free, they don’t see the downside.

Most days, we’re not confronted with a choice between free Hershey’s Kisses and inexpensive Lindt chocolates. We do, however, face situations where accepting a free offer feels good but isn’t necessarily the best deal.

According to the 2019 Walker Sands Future of Retail Survey, 77% of 1.6k respondents said free shipping had made them more likely to buy an item online, ranking far above inducements like same-day shipping or the ability to visualize products in 3D.

The consumers he studied preferred to save $6.99 and get free shipping, versus saving $10 on the purchase price but still pay for shipping, even though the savings would have been greater.

In addition to the positive glow inherent in the free offer, Ariely says the popularity of free shipping is attractive for another reason. Consumers, he says, have a difficult time understanding why shipping should cost anything:

When the “unfair” barrier is removed (by making shipping free), people are more likely to buy the product.

And inexpensive shipping isn’t nearly as effective as free shipping — at least anecdotally.

During Amazon’s early days, the company introduced free shipping in several European countries. In France, it reduced shipping to one franc. While business increased dramatically in the free shipping countries, purchases in France didn’t rise at nearly as high of a rate.

When stores like Costco, Sam’s Club, Whole Foods, and Walmart halted free samples at the peak of the pandemic, they had to adjust.

At Walmart, Cure Hydration made a deal for samples of its electrolyte-infused beverage to be featured in curbside pickup orders. Walmart also started offering samples for ecommerce customers.

Why so much trouble for a freebie? It’s simple: Free samples often make people spend money.

To get samples in stores, businesses typically partner with independent companies that staff sampling events and that have relationships with major stores.

Based on 2011 data from The Street, costs for contracting with a demonstration company for one sampling event at a grocery store range from $150 to $340 a day. Companies spend ~$2B a year on free samples.

The returns are usually high, both for the companies looking to sell new products and the stores.

Researchers have identified several reasons behind the success of the free samples, from customers gaining familiarity with a product they may have otherwise never tried to customers learning where sampled products are located in the store after sampling them.

But because something free is involved, irrationality is also at play.

The “free” aspect of a free sample causes the same glowing feeling that people experienced with the Hershey’s Kisses, and, Ariely says, people who receive the free sample want to reciprocate.

“You feel obligated to some degree, [making] it more likely you buy the full package,” Ariely says.

But the feeling of reciprocation doesn’t apply everywhere.

Whether it’s a Substack newsletter or a publication as decorated as The New York Times, many media outlets have readership bases built on giving away a few stories before requiring people to sign up for a subscription.

On the surface, it sounds similar to offering a free sample. So readers should be basking in the glow of a free deal after consuming a couple of articles and then feeling the need to reciprocate, right?

Ariely says the circumstances are different.

Some 20% of Americans pay for online news, according to the Reuters Institute’s Digital News Report for 2020. Their reasons for subscribing are varied, ranging from supporting a specific journalist, to wanting to get ahead in their careers, to believing that paying for news is a societal good.

But ~40% of Americans say they would never pay for news.

Similarly, Ariely says hardly anybody would want to pay for Facebook after being ingrained in its ad-based model for so long.

Yet free content isn’t necessarily the best deal. It’s possible that subscription news sites are higher quality than the free options and also that the free sites — as well as the free version of Facebook we’re accustomed to — include more ads that hook users into paying more money in the long run.

The behavior isn’t rational, a common thread when something free is involved. There are few things more awkward than a self-checkout machine announcing to the whole store that you’ve placed an “unexpected item in the bagging area,” requiring a human …
Read More Two bipartisan bills are taking aim at interchange fees, a dreaded cost among merchants when processing card payments. Backing the bills are a slew of retailers — including …
Read More How Americans get news on socials

The Pew Research Center, whose jingle should go something like this, just released its latest findings on a world where half of US adults now get news from social …
Read More Why sports teams are selling subscriptions

VCs salivate when they hear “monthly recurring revenue,” but it no longer applies to just tech companies. Sports teams, too, are now offering ticket subscriptions to generate …
Read More Publishers and Hollywood are a perfect match

Back in the day, publishers had two revenue streams: advertising and subscriptions. Enter Google and Facebook, which have snatched away advertising dollars and ushered in an era …
Read More Can games protect our brains?

As a kid, it was, “Stop playing video games and go outside!” Now we’re supposed to play games again? Researchers say “brain training” games may prevent or delay …
Read More The future of groceries is… groceries? 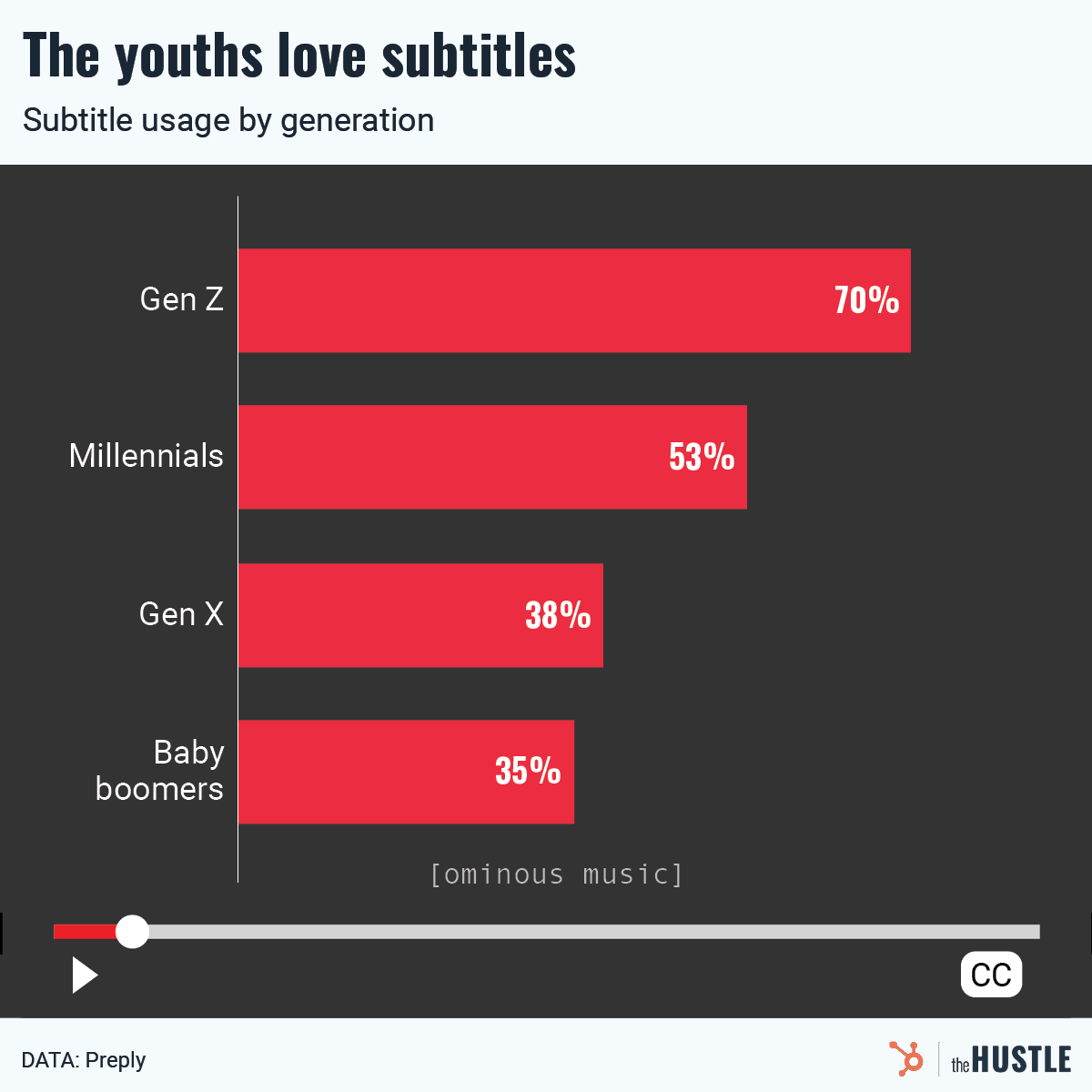 Why do younger generations love subtitles?