The 40% Rule: A Navy SEAL’s Secret to Mental Toughness

Use this (scientifically) proven mental framework to push yourself beyond your limits. It sounds cheesy, but it works.
BY Sidd Finch
November 30, 2015 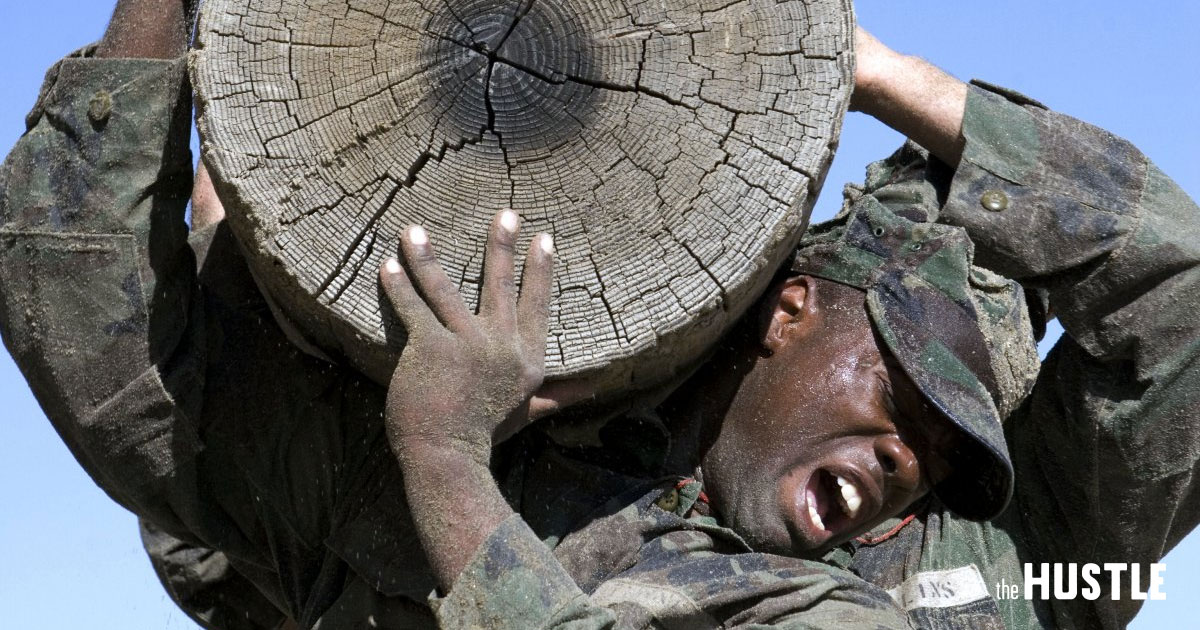 99% of people who start a marathon finish. It’s a surprising number, I know, but there’s a reason that it’s so high. It’s called the 40% Rule, a concept used by Navy SEALs to increase mental toughness.

Spanx you very much

In his latest video on Big Think, Marquis Jet founder Jesse Itzler (and husband to the creator of Spanx) tells the story of the time he ran a 100-mile race alongside a 260-pound Navy SEAL:

“I first met “SEAL” at a 100-mile run in San Diego and I was running this race as part of a six-person relay team with friends and he was running the entire race by himself,” Itzler said.

“Who is this guy? I’ve never seen anything like it. And during the race, I kept an eye on him and around mile 70 — he weighed probably 260 pounds, which is quite large for an ultra runner — he had broken all the small bones in both of his feet and had kidney damage and he finished the race.”

After the race, Itzler did what any billionaire would do: he hired the SEAL to live with him and his family to teach mental toughness.

“I asked him to come live with my family and I for a month… I was doing the same thing every day like so many of us. Wake up; go to work; come home, you know; have dinner; repeat. And I just wanted to get off autopilot. And I thought that he would be a great way to get in good shape, but also to just mix up my routine and get better.” While living with Itzler and his family, the SEAL taught him the 40% rule.

“He would say that when your mind is telling you you’re done, you’re really only 40 percent done. And he had a motto: If it doesn’t suck we don’t do it. And that was his way of forcing us to get uncomfortable to figure out what our baseline was and what our comfort level was and just turning it upside-down.”

The 40% rule, the SEAL explained, is the reason why even though most people hit a wall at mile 16 during a marathon, they’re still able to finish.

Itzler wrote about experiencing the 40% rule the very first day that the SEAL moved in with him.

“The first day that “SEAL” came to live with me he asked me to do — he said how many pull-ups can you do?

I did about eight.

And he said all right. Take 30 seconds and do it again. So 30 seconds later I got up on the bar and I did six, struggling. And he said all right, one more time. We waited 30 seconds and I barely got three or four and I was done. I mean couldn’t move my arms done. And he said all right. We’re not leaving here until you do 100 more. And I thought there’s no — well we’re going to be here for quite a long time because there’s no way that I could do 100. But I ended up doing it one at a time and he showed me, proved to me right there that there was so much more, we’re all capable of so much more than we think we are. And it was just a great lesson.”

And while he didn’t reveal the anonymous SEAL’s name during the interview, Itzler wrote about his experience in his latest book Living with a SEAL. 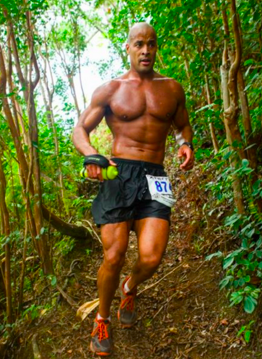 The SEAL Itzler referred to is David Goggins. Goggins is currently the World Record holder for most pull-ups done in 24-hours (4,025), a fifth place finisher in the Badwater 135 (a 135-mile race in Death Valley), and an Ironman triathlete.

And while Itzler’s story sounds too good to be true, Goggins did in fact weigh over 200 pounds while running ultramarathons, an unheard of feat in the running community. And to add to his exploits, Goggins did all of this while suffering atrial septum defect, a heart defect caused by a hole in the walls of the heart, which limits a person’s endurance.

“For 34 years, David has been working with about ¾ of his heart. The right side of his heart was receiving too much oxygenated blood and the blood wasn’t going to the rest of his body as it should,” SlowTwitch wrote.

While World’s Biggest BAMF isn’t an established record by Guinness, there’s no doubt that Goggins would be in the running (pun intended).

The story of Itzler and the SEAL sounds amazing, but does the 40% rule actually have science behind it, or is it just some motivational seminar nonsense? Science says yes, it’s legit.

In a 2008 study, researchers found that subjects who were given a placebo but told it was caffeine were able to lift significantly more weight than those who were really given caffeine.

Of course, this doesn’t imply that our bodies and minds are limitless, but it does confirm that the extent of those limits needs revising. Often we limit our abilities, but Itzler’s story and hundreds like it prove that we’re capable of exceeding these limits.

Like running a marathon every day of the week or memorizing a deck of cards in 20 seconds – turns out that what we often think is impossible is really just the 40% rule in place.

You can watch Itzler’s entire video below. It’s worth the six minutes, I promise.

Oh yeah – and in case you’re saying to yourself “man, this Itzler guy is rich, fit, and has an amazing wife… his life is perfect” then watch this video. Before he founded Marquis Jets, the world’s biggest private jet company, Itzler was known as Jesse Jaymes, a white rapper with the hit single “Shake it Like a White Girl.”

See, everyone sucks once in a while.