Every billionaire had to start somewhere — and while some were born on a golden throne, others actually had to earn their fortunes. 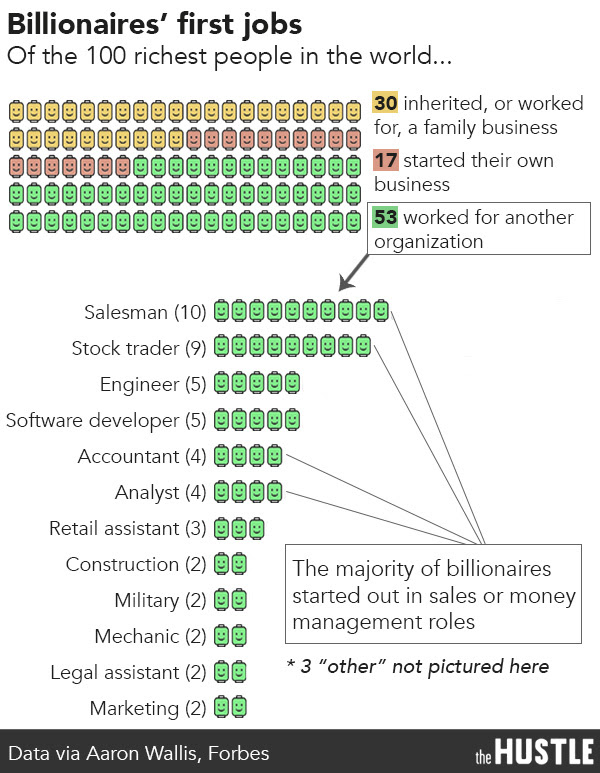 About a third of the world’s wealthiest folks either inherited or worked for a family business, and 17 immediately struck out to form their own businesses. The other 53 toiled in various entry level roles before making it big.

Of those 53, most worked sales or engineering-related roles — but a few actually cut their teeth in low-paying roles. Amancio Ortega, the world’s 3rd-richest man, was a shirtmaking apprentice before founding Zara. Oil tycoon Harold Hamm was a mechanic, and Jack Ma (founder of Alibaba) was a translator.

As MLK once said, “If a man is called to be a street sweeper, he should sweep streets as Michelangelo painted.” In other words, whatever you’re doing, get really, really good at it.