Depression Among Entrepreneurs is an Epidemic Nobody is Talking About

Riding the entrepreneurial roller coaster can cause depression, but refusing to talk about it will make it worse. 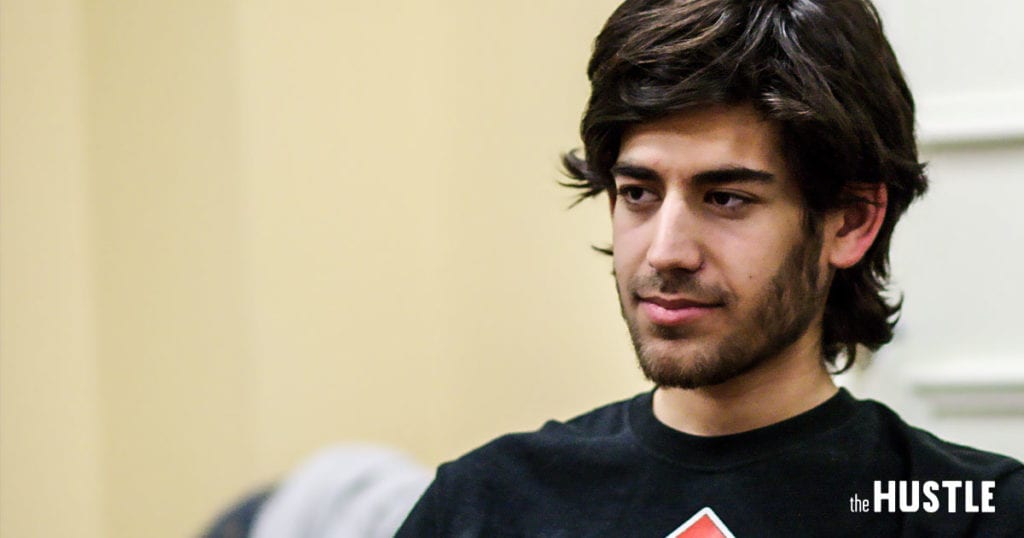 How many times have you said “I’m fine” in the last week?

It says nothing about what’s really going on. In fact, it’s 100 times worse. Because most of the time, it’s like saying, ‘I’m eating a shit sandwich right now, but let’s both begrudgingly pretend that I said something real.’

“Being fine” is covering up a deeper problem. A lot of times, people just bullshit when things are bad — whether it’s just one of those days where everything went wrong, or something more, like long term feelings of depression.

It can be even worse for entrepreneurs, who are trying to prove that they have what it takes and feel like they have to pretend they’ve got it all together as they ride the inevitable up and downs of the startup rollercoaster.

Everyone gets pissed and upset when they bomb a presentation, spill their latte on their pants or get their car towed. But a lot of entrepreneurs are living with the day-to-day, long-term sadness of depression.

But Moriarty, who founded a website that helps people chat about depression online with trained counselors, said depression involves two weeks or more of sadness, negative self-worth, change in sleeping patterns, and a host of other symptoms that keep you from living normally.

If you’re entrepreneurial and you’re living with depression, you have a lot of company. 1 in 3 entrepreneurs lives with depression

30% of all entrepreneurs experience depression, according to a study by Dr. Michael Freeman, a clinical professor at the University of California, San Francisco.

As depression is a major cause of suicide, that’s an alarming statistic. You don’t have to look far to see that many bright and promising young entrepreneurs have tragically taken their lives. It’s an epidemic, some say, that not enough people are talking about.

In May 2015, 31 year old Austen Heinz, CEO of Cambrian Genomics took his own life. In July, 29 year old Faigy Mayer, CEO of Appton jumped off a New York rooftop.

26 year old Aaron Schwartz, a partner at Reddit, hung himself in 2013. 47 year old Jody Sherman, founder of Ecomom shot himself that year. One of his colleagues, 24 year old Ovik Banerjee, followed a year later. And 22 year old Ilya Zhitomirskiy, CEO of Diaspora, took his life in 2011.

There are many more names.

Why are entrepreneurs getting hit so hard?

Even if you don’t consider yourself an entrepreneur, I bet you’re someone who has dreams for the future and strives to be better. And if you think that doesn’t apply, you’re still human and at some point, this will apply to you or someone you love.

Depression among entrepreneurs is way higher than depression among Americans in general, which is estimated at about 7% — although that number could be even higher because of the stigma associated with talking about it.

But at face value, it suggests that entrepreneurs are four times more likely to suffer depression than everyone else.

And Moriarty said it could linked to stress from the rollercoaster of emotions and stress that entrepreneurs live with. And since 90% of startups fail, it’s concerning.

But the biggest problem is expectations. When you aren’t where you think you should be

“The bigger the gap between where you are and your expectations of where you should be, the higher the stress,” Moriarty told me.

Moriarty is the founder of 7 Cups of Tea, a website that provides free 24/7 counseling. He has a special section for startup employees and founders.

“In an ideal world, we would want people to have enough support from their friends and their family to help them out, but we just don’t live in that world,” Moriarty said.

Sometimes, depression worsens when people feel like they’re all alone and can’t admit they feel bad. They think it’s a sign of weakness.

On Facebook they see signs that everyone else has it together — often because their friends (and everyone, really) show off the fun, happy parts of their lives and leave out self-doubt, uncertainty and failure.

“Against the backdrop of this rah-rah “everybody’s killing it, everyone’s doing great” language, it makes it even harder to be open about it,” entrepreneur Brad Feld told Business Insider.

Feld, an investor at the Colorado-based Foundry group has spent the last decade blogging about his depression. He wants to change the tech industry’s approach to mental health.

“We’re told over and over again that as leaders we have to be strong, we have to show no weakness,” Feld said.

“That tone and that dynamic is incredibly hard to deal with, especially against the backdrop of huge amounts of stress and anxiety that gets generated by startups and the startup world.”

Aiming high can make you feel like shit sometimes

But measuring yourself in comparison to others means you’ll run the risk of feeling that way. Because you are you (not whoever you’re comparing yourself against) and you can’t live their life. Take Tim Ferriss. His whole lifestyle shtick is centered around succeeding in life in the most efficient way possible. So it was shocking to read his blog in May where Tim shared how he battled depression and suicidal thoughts when he was a senior at Princeton.

In 2010, suicide was the highest cause of death for people aged 15-49, in the developed world. That’s way above death from lung cancer and murder.

In 2013 Newsweek pointed out that the suicide rate in America had been increasing since 1999.

“Over the last five decades, millions of lives have been remade for the better,” journalist Tony Dokoupil wrote, “Yet within this brighter tomorrow, we suffer unprecedented despair. In a time defined by ever more social progress and astounding innovations, we have never been more burdened by sadness or more consumed by self-harm.”

News reports have been peppered with retrospective soul-searching over why incredibly resourceful and intelligent people felt like there was no way out.

Tim Ferriss said that the reasons he was depressed seem “incredibly trivial” now. “At the time, though, it was the perfect storm,” he wrote.

He finished his blog the following:

Try repeating Tim’s words to yourself when you get sucked into the “I suck’ spiral.” It should slow things down.

Things to do when you feel depressed

Treat depression and mental illness like any other kind of illness

Just because you experience depression, doesn’t mean you are depressed. Know what I mean? If you think about it as an experience, rather than something that defines you, you can make it less personal and help you take care of yourself.

Second, make an appointment and go see a psychologist or a psychiatrist.

If you don’t have money or insurance, there are sliding scale clinics in many cities that offer treatment in exchange for whatever their clients can afford.

Should is honestly the worst word ever. It’s fraught with guilt. It implies that you can’t change things. It’s whiney and nagging and basically just says that you wish things were different.

“I should have made this much money by now. I should be on the Forbes Under 30 list. I should be bigger than Facebook.”

Screw that. Nothing good comes from “should.”

Take care of your body

Your body is where you live. What you do to it will impact your state of mind.

When you exercise, your body releases endorphins that flood your brain. Endorphins trigger positive feelings, hence the term “runner’s high.”

You don’t have to run. Any exercise will do. But do it for at least 20 minutes a day, ideally longer, and try to get outside. Go for a long walk, lift weights, or take a free online yoga class if you don’t have the time or money to do one in person.

Eat well. There are a million opinions on how to eat. But cutting down on sugar and processed foods and eating more fresh food usually helps people feel better in their body. Drinking water also helps, a lot.

Sleep. Although insomnia can result from depression, it can cause it too. People with insomnia are 10 times more likely to develop depression, says The National Sleep Foundation. Sleep apnea, which sometimes accompanies intense snoring and poor sleep was also linked to depression.

Simple things like not checking your phone for a half hour before you go to sleep can help.

Spend time with people you love

This might seem REALLY OBVIOUS, but check this out. In a study called “Would you be happier if you were richer?” behavioral economists Alan Krueger and Daniel Kahneman found that the best indicator of happiness was the frequency of eating with friends and family.

Ferriss suggests taking a minute every day to call or email someone and express gratitude about something.

I know other people who have a gratitude journal where they write down three to five things they’re grateful for every day.

Other people write things they’re grateful for in the moment they feel happy about them, then put the pieces of paper into a jar that they can pull from later to remind themselves how many good things they have in their life.

Stay strong, hustlers. And be nice to yourself and each other.

You never really know what people are going through.

None of this is intended as medical advice. If you need help, there are people waiting for your call, both friends and professionals: