This kid beat apps like Lyft and Starbucks before he was old enough to vote. You don’t have to be a teenage prodigy to pry your way into Mark Zuckerberg’s nerdy, Autistic-spectrum heart, but it certainly helps.

Michael Sayman, one of Facebook’s youngest employees, first met Zuckerberg when he was 17. It was a good meeting. Zuckerberg showered him with compliments about his number-one iOS app.

“He was like, ‘I love 4 Snaps, I love what you’re doing.’ Everything he was saying, I was just freaking out,” Michael, now 19, told Fusion.

Today, Michael is making, “more money than (he) ever imagined” and providing for his entire family. But his success didn’t come easy.

Rise of the teenage app prodigy

Rewind five years and you’d find the chubby-faced, middle school preteen, sitting in front of his computer in Miami.

It had been about a year and a half since Steve Jobs announced the opening of the iOS app store. 14-year old Michael was working on his website, a WordPress blog where he shared tips and tricks for Disney’s Club Penguin, his favorite game. It’s a multiplayer world, set in a penguin-filled winter wonderland.

I know, right? The game description is, “a virtual world for kids, guided by unwavering commitment to safety and creativity.” It’s adorably dorky.

Michael wanted more traffic on his website and decided a mobile app would help. But there was no one to teach him how to make this. So he pieced together a basic coding education with a patchwork of Google tutorials.

“It was a horrible process of learning, absolutely the worst,” Michael told Pando.com. “My school didn’t offer computer classes so that’s what I had to do.”

“I just went on the internet, tried to figure out how to do something, and got it done.”

Michael asked his mom for the $100 he needed for the Apple app store developer registration fee. But his family was struggling financially. His mom said she’d give him the money, but if he couldn’t make it back in app sales, he’d have to work off the rest at the family’s Peruvian chicken restaurant.

Michael registered his app, which was a pretty basic collection of links to the tips and tricks on his website. But there were only 150,000 apps in the iOS store in March 2010, and his rose into the top ten. And he charged users $1 to download.
*estimated

“I woke my parents up to tell them, and they’re like ‘That’s nice,’ and then they went back to sleep,” Sayman told Pando. “They didn’t know what it meant that I was in the top ten.”

“After the first check arrived I was like, ‘Oh my gosh he’s earning more than me!’” his mom, Cristina Sayman, said.

After success, some shit goes wrong

After that success, Michael decided to code a Club Penguin-themed game. It was a basic app that he created quickly. It was more popular than his first app. So he tried making more. But once he branched away from the Club Penguin theme, he found it hard to get users.

“The competition was incredible,” Michael said. “I didn’t know what to do at that point.”

At the same time, Michael’s family was struggling. In 2012, his family home was foreclosed on after his father lost his job. The family struggled with whether they would have to move back to Peru.

But Michael stepped up. He was still a full-time high school student, but he helped pay the rent on the small apartment his family moved into.

“Sometimes I’m embarrassed to say everything Michael did for us,” Cristina Sayman admits.

“It’s like he became the father of the family. It’s crazy.”

The next great idea came when Michael watched his younger sister, Mariana, play on her phone. She was basically playing a hacked iOS charades game that Michael had created. The game was to take four photos, slap them into a collage, and make her friends guess the word she was acting out.

Michael said he knew it was a great idea for an app, because his sister loved it before he even invented it.

But apps are easier dreamed up than done. The mechanics of the code were way more complicated than those he’d worked with before. He wasn’t used to programming multiplayer games, coordinating between users or processing images.

But after bootstrapping and hacking his way through, Michael created “4 Snaps.” Players take four photos and ask other players to guess their word. And he made it on a shoestring budget.

He submitted the app to the store in May 2013, in the middle of his final exams. He failed half of them. He used to be a straight-A student.

“I watch my son, every night and every single day, staying up until four or five a.m., working on the app, doing his homework, sleeping two or three hours, and then going to school,” Cristina Sayman said.

Michael spent the next weeks fixing problems in the app and trying to get publicity for it.

It didn’t work. But he got a marketing idea from his sister when she showed him the “annoying” adverts that famous Instagram accounts occasionally posted.

Michael made one of his own (that he thought would appeal to girls) and paid some Instagrammers to post it on their accounts for $40/day. He could barely afford it, but his gamble paid off fast. His app climbed to #127 on the App store World Games category. Then Michael ran out of money

When Michael hit his cash road block, he didn’t know about seed investing rounds, or any of the other ways entrepreneurs get money. He thought the party was over. But then he got an email from a marketing firm called Instafluence that agreed to trade him cash for app revenue share.

Around the same time, Michael got into a disagreement with Parse, the server company he was using. He’d figured out how to use them for free. But with 200,000 users playing 300,000 games a day, Parse felt Michael was cheating them and wanted him to pay.

But after some negotiation, they offered him a special deal on their service.

“They had to find an enterprise plan a 17-year-old could pay,” Sayman said, laughing.

In April 2013, Michael got hired by Facebook. He was on Facebook’s radar, big time.

A recruiter reached out to the teen, and asked him to apply for a summer internship. Then they flew him and his mother out for the Parse developer conference, and to tour their office and facilities.

Michael was, understandably, freaking out.

“It was like a Disney World but for tech people.”

That’s also when Zuckerberg invited Michael into his office.

“He sits down on his desk, puts his feet up, has a soccer ball, and he’s dribbling it. And I’m like, ‘Is this real life right now?’” Michael said.

Zuckerberg invited Michael to be the subject of an 8-minute film that would play during the conference.

When Zuckerberg asked him what he planned to do with his summer internship, Michael had one of those teenage moments where he just said the first thing he thought of.

Despite that burst of honesty, Michael got the internship, and earned $6,000 a month.

A few months later, 4 Snaps was #1 in the store again, beating Scrabble and Words With Friends. And Lyft and Starbucks.

After his summer internship, Michael was offered a job at Facebook. He happily accepted.

Today he’s a software developer at Facebook. You can watch him talk about his job in this recent video.

His lisp, braces, and baby fat have faded, and he now looks almost old enough to drive.

“It’s just a stupid app,” Michael said. “But the fact that I created something out of nothing and changed someone’s life in a stupid insignificant way is the best feeling ever.” 1) Sorry, Apple. In a move to reduce the 11k metric tons of electronic waste tossed out annually by Europeans, the EU proposed legislation requiring phone makers adopt USB-C as a …
Read More

Paint supply is running dry — and everyone’s paying the price

Photo by plus49/Construction Photography/Avalon/Getty Images If you’re planning a home renovation, you may want to stop reading this and go paint shopping, like, now. The …
Read More Jack Dorsey, a man of few profile words (Source: Twitter / @Jack) In addition to his affinity for beards, Twitter CEO Jack Dorsey has long signaled his interest in crypto: His …
Read More 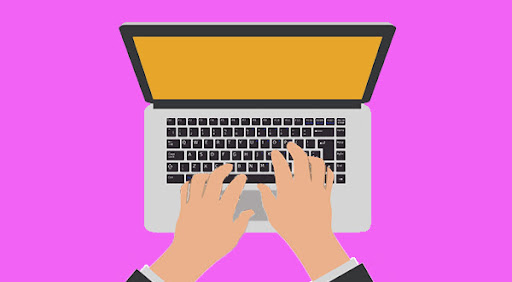