Here's how to write a pitch that I'll actually read. Like most journalists, I’m constantly bombarded by your emails. And they all suck. Well, not all of them. Some are fine. But the majority of the time, the pitches I get from you guys are downright awful.

Do I want to interview your company’s founder? Maybe, but you spelled my name wrong and think I work at Hustler Magazine. So, no.

Would I be interested in covering a revolutionary new product?! Sure. Oh wait, this is totally a mass email that’s been sent to 100 people. Once again, I’ll pass.

And I’ll be honest with you, PR people. At first, this really pissed me off. In fact, it even landed you on my 2015 sh*t list:

But over time, I’ve come to realize that it’s really not your fault. Since you’ve never sat on this side of the fence, you can’t possibly know what goes through a journalist’s head. So, I figured I’d lend a hand.

The following is both a critique of PR pitches that I’ve received, as well as a potential rubric for future ones.

Best case: someone, somewhere learns a valuable lesson and starts crushing their pitches. Worst case: I let off some steam.

It’s not about you

Let’s get one thing straight: I don’t care about who you are or what you do. That’s the hard-hitting truth. Unless we’ve already established a relationship, you’re nothing more than a random name sliding into my overcrowded inbox.

You might think you’ve got the next Facebook on your hands, and heck, maybe you do! But there’s no way a cold email from a stranger is going to effectively communicate that to me.

So why even try? Instead, consider…

Your pitch has to offer me value. Rather than explaining what x company does and why they’re awesome, show me why their story will drive traffic to my article and resonate with my audience. Or illustrate why writing about them will reach a new reader group that we haven’t tapped into yet.

Here’s a pitch I got recently. It’s nice and short (which is good), but that’s all it is – nice and short. How would writing about this benefit us? Why should I care about a relaunch? TELL ME, don’t give me homework.

2 – Don’t beat around the bush

If you don’t tell me what you want me to do, chances are I’m not going to do it. Include a clear description and call to action in your email so I don’t have to think. The less I have to do, the better.

Yeah, linking to some past articles about your company or a video of your CEO on Bloomberg might pique my interest, but it doesn’t give me any direction and, again, you’re giving me homework.

Tell me what you want out of this. You’re not going to offend me by being upfront about it. In fact, I’ll gain respect for you immediately.

3 – Know who you’re talking to

Take a look at this pitch I received a few days ago:

This person is clearly aware that I cover tech. One gold star! But then they went ahead and assumed that I’m interested in covering a fairly local story in Chicago – and potentially attending the event.

First off, I’m in San Francisco. On top of that, this event’s in like a week and I’ve never heard of your “music incubator” in my life.

Also, just as a general rule of thumb, steer clear of the phrase “Can you help us get the word out.” It’s horrible and the answer is pretty much always “no.” Obviously, I didn’t respond to this email.

But here’s one that did get a response (and it’s pretty clear why):

Not only did this person read something I wrote (it’s a pretty sweet article), but he/she also took the time to go into detail about it.

This builds a relationship right off the bat, making it more likely that I continue reading and then email back (the rest of this email was a pretty standard pitch).

It takes about five minutes to read a post, people. And it all but guaranteed this person a response.

4 – You know my coworkers and I talk, right?

DO NOT email multiple people from the same media company, especially on the same day.

Why, Kendall? Doesn’t that just increase my odds of getting a “yes” from one of you?

Actually, it ruins your odds. And let me explain why.

In our office, we talk about the pitches we receive all the time, and the second we realize we all got the same exact one…it’s over, man. You’re finished.

It makes each of us feel like a number, as opposed to a journalist you chose to contact directly. You’re like the person at the bar who’s been hitting on everyone in sight and is now walking towards me…

And not some collection of copy-and-pasted information that makes it feel like an automated email from Bank of America or something.

Take this pitch, for example:

This person started off so well, referencing one of our past articles and making it clear what they were looking for. But a totally different font for the second half of the email? SMH…I lost interest immediately.

Now, maybe I’m being a stickler. Maybe I’m being unreasonable. But an email pitch is so much more effective when it looks and feels like it was written directly to the person receiving it.

This one doesn’t. It feels like I’m the 17th person to receive this, albeit with some slight alterations up top.

And by the way, all you have to do is hit “Remove Formatting” (in Gmail, at least) and I’ll never know it’s a total copy-and-paste job.

Good people of the PR world, the next time you’re getting ready to send a pitch, first read it back to yourself as if you were the journalist receiving it. If you wouldn’t respond, they probably won’t, either.

Also, this article focused on email pitches, specifically, but your battles can actually be won elsewhere, before you email me a single word.

Then, once it’s time to craft your email pitch, you’re already way ahead of the game. 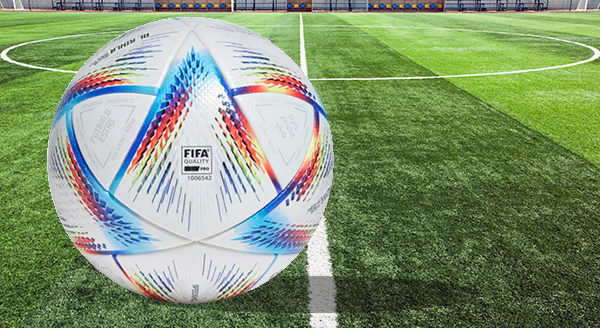