It took us a little over 2 years, but we now reach over 1m subscribers a day. Here's what we have learned along the way. Just two years and four months after we launched The Hustle, we finally hit a goal we’ve been gunning for from day one: 1,000,000 subscribers, making The Hustle one of the largest and fastest-growing business news brands out there.

My co-founder John Havel and I started this company for two reasons: It seemed fun, and we thought that most of the biggest news companies out there were garbage.

They pushed inauthentic content written to impress other journalists rather than putting the user first; they treated their readers like idiots, had obvious agendas and were poorly run businesses.

Our motto from day 1 has been to treat you like our smart friend — not just a click that makes us ad revenue. And I certainly don’t care about winning awards that only media insiders care about.

We care about giving you the news and insight you need to make a dent in the world, and making a profit so we can keep on doing it.

We’re proud to have hit 1m while being very profitable. That means that we, The Hustle, can continue to do whatever the hell we want and give you, our reader, the best content possible without answering to anyone.

So, here’s what this means for you:

To give you insight into our journey running this company, each day this week John and I are going to share the lessons we’ve learned while scaling.

Spoiler alert: It’s hard, depressing, and feels like you’re failing MOST of the time (even when you’re not). But, we press on because our team, like many of you, has a fighting spirit driving us to succeed.

— Sam Parr, CEO of The Hustle

Things we’ve learned along the way

To celebrate The Hustle hitting 1,000,000 subscribers, each day this week our founders Sam Parr and John Havel will update this blog post with things they’ve learned while growing The Hustle (and share them in our daily email).

Running a startup can be very boring

A reader once came to our office and said, “Man, I thought you guys would be goofing off or doing fun stuff…but you’re just sitting at your desks working.” Building a business takes a long period of consistent effort. Months, years, decades. There are lots of ups and downs, but most days are the same and it’s important to keep emotions steady. This means that not only does it appear to be not exciting to outsiders, it may look quite boring.

Many people think they need years of experience to break into a specific industry, but when Sam and I started Hustle Con, I had never run an event. When Sam suggested we create a media company, neither of us were trained writers and I barely even knew what a “media company” actually was. But, in retrospect, that was actually a good thing for us.

We didn’t know the rules, so we didn’t know what we were supposed to be doing or not doing. We just wrote for ourselves and our friends because that’s what we knew and, thankfully, other people found our typos and irreverent tone “refreshing.” We found success by approaching our goals with a fresh perspective.

The grind never goes away

I remember when we had three employees and I thought to myself “if we had a team of ten, life would be easier.” After that, it was “man, if we can get hit our first $100k revenue month, I’ll be less stressed.”

Running a business is hard at every point. As we’ve grown, the stress has never gone away. In fact, it’s only increased.

There’s never an “I made it” feeling. If you’re growing consistently, that only means you’re consistently faced with new situations to navigate and problems to solve.

You can’t do everything at once

As a new startup, focus on one thing and one thing only. When we started The Hustle, we focused on email because it created a direct relationship with our readers and didn’t require a massive editorial team to pump out pageview-driven content.

Along the way, people tried to get us to create a Snapchat channel, a video team, an app, and a ton of other stuff because other companies were doing it. None of them were bad ideas, but we said no to almost all of them to lay a strong foundation for our business.

Time is your most limited resource. Prioritize what matters and put all the other distractions on the shelf until you have enough time, people, or money to do it right.

It’s about running a business, not playing startup

The only difference between a startup and a small corner grocery store is growth. A startup’s goal is to pack 50 years of value into 5 or 10. But small business or startup, the rules are the same: buy something for cheap, sell it for more.

Most “startups” forget this. Instead, they spend early money on swag, ping pong tables, or other meaningless perks all while forgetting business 101.

It’s incredibly easy to get sucked into that way of thinking. We’ve worked our asses off not to and become successful in the way that matters: profitability. Why does this matter? Because when you’re profitable, you can do whatever you want instead of being a slave to others.

Celebrity readers are an unexpected perk

It never crossed our minds that we would reach so many amazing people, but, over the years, we’ve had some awesome reader encounters:

Like when Wendy Day (who organized the 1997 Rap Olympics in LA which lead to Eminem getting discovered by Dr. Dre) reached out to say hi. Or when Mike Shinoda (Linkin Park frontman) tweeted that he reads us along with a few other second-rate publications. Or when SendGrid went public and the CEO, Sameer Dholakia, said that we were his favorite email to read each morning.

Just the other day, Lance Armstrong emailed us saying “Hey gang, I’m a big fan. Keep up the good shit,” because he was driving by and saw the sign outside our Austin office.

We had no idea that people like Wendy, Mike, Mark, Sameer, or Lance would read our stuff, let alone like it and we’re only scratching the surface of our community. If you’re out there, give us a shout. It makes our day.

It’s about surviving, not winning

A mentor once told me that the early stage of a startup isn’t about beating your competitors, but outlasting them. I’ve taken that to heart.

My mindset is about being a cockroach. If everything crumbles, I want our company to be strong enough to keep on chugging. Most companies in Silicon Valley are short sighted. I think that’s a huge mistake. Having a 10, 20, or 50-year horizon gives a company a competitive advantage, as there are few competitors who are willing to go that long.

And it’s not just about The Hustle. It applies to my personal life too.

If everything crashes, how can I set myself up so that I’m comfortable with the consequences and am able to push through? Once the downside is protected, any accomplishment slightly above that is a win. That mindset makes it incredibly easy to go on the offense and take risks.

Creating a company is about the people, not the product

Everyone talks about product-market fit, revenue models, and growth projections. Those are all important in creating a business but don’t really scratch the surface when it comes to creating a company.

We’ve gone from 2 to 20+ people in the past few years and I’ve realized that finding the right person for the right job is more of an art than a science. Half of it is finding the correct skill set and resumé experience, the other half is finding people who can adapt, learn, and contribute to the larger mission.

If you’re a young company and have the best idea ever, but no one to get it started, see it through, and maintain it over the long run, what’s the point?

Want to read the rest? Sign up to the daily email here or check back to this post tomorrow. 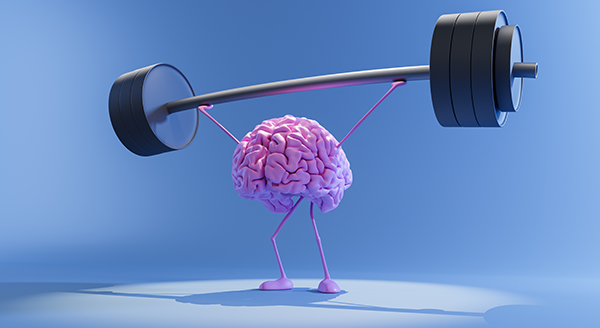