Skip to content
Home › JNCO, the terrible jeans brand from the ‘90s, finally goes out of business

JNCO, the terrible jeans brand from the ‘90s, finally goes out of business

After doing hundreds of millions in sales in the ‘90’s, JNCO is closing its doors this year. 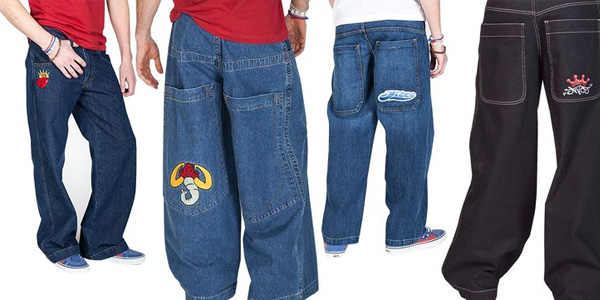 Twenty years ago, we were begging our moms to pony up $100 for a pair of pants wide enough to drive a bus through. The 50” inseam was haute couture on the street — and it was all thanks to JNCO jeans.

But those days are over: last week, JNCO announced they’re liquidating their inventory and going out of business.

Wait, JNCO is still around?

French brothers Haim Milo and Jacques Yaakov Revah launched JNCO (“Judge None, Choose One”) back in 1985 with $200k of their life savings. Heavily inspired by East LA street fashion, they set out to “challenge conventionalism” by creating the widest-legged pants on the market.

The pants caught on: between 1988 and 1998, the brothers went from $10k to $187m in sales, and the pants graced the windows of Hot Topic and PacSun stores around the country.

But by 2000, JNCO’s sales dramatically shrunk and they shut down their main manufacturing facility. For the next 15 years, they led a quiet, unprofitable existence, in the fringes of rave and skater fashion.

Then, they almost made a comeback

In 2015, JNCO received a cash infusion from a Chinese investor. Capitalizing on the return of “normcore” fashion, they tried to catapult themselves back into relevancy.

Turns out, though, that the demand for tree trunk-size pants just wasn’t quite there — and now, they’ve begrudgingly accepted defeat.

“Eventually, you can only make pants so wide,” a JNCO exec told The Hundreds. “That became our Achilles’ heel.”

Unfortunately, that “heel” was buried under a pair of JNCOs.