What Biggie Smalls and Tupac Sounded Like When They Were 21

Entrepreneurs need to be more cocky. 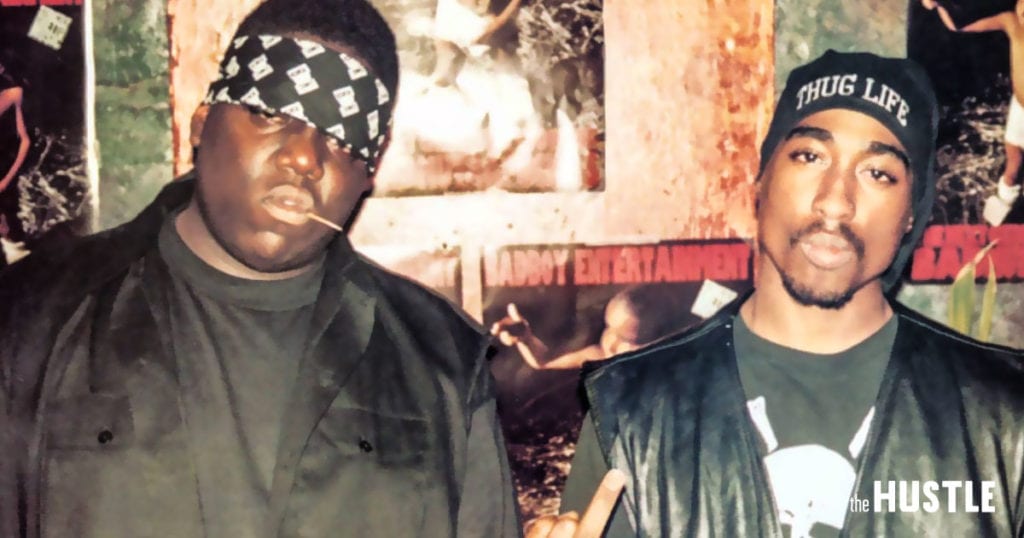 During a 1993 sold-out Big Daddy Kane concert at Madison Square Garden, Biggie Smalls and Tupac Shakur were invited onstage to freestyle in front of a packed house. Biggie was 21-years-old, Tupac was 22. They were relatively unknown at the time, but they sure didn’t act like it.

They’re oozing with confidence, hubris, arrogance, aggression, or whatever word you want to use to describe a cocky 21-year-old.

This performance is one of my favorites. Why? Because of Biggie and Pac’s irrational confidence. Yeah, they were talented, but it was their out-of-this-world confidence and swag that keeps us talking about them today, 20 years after they were killed.

In my opinion, that type of confidence is lacking in Silicon Valley and the rest of the startup world. People are too humble and afraid to act like these guys did in 1993. It’s considered faux pas to act like an overconfident asshole.

But you know what? I LOVE that. I love people who act like they’re hot shit, make big claims, and then work nonstop to follow through on them. Hell, even if they fail, I still love them, just as long as they try to go big.

Don’t believe me when I say that Silicon Valley has gone soft? Stoicism, a school of philosophy that has recently become the new cool thing in Silicon Valley, teaches people to transform negative emotions into a sense of calm and perspective.

Yeah, I get it. Starting a company is emotional and Stoicism offers a way to deal with those emotions. But do you know what else it teaches? How to not show emotion. No joy, anger, happiness, or sadness.

I say fuck that. Talk shit, get angry, be bold, outlandish, and make outrageous claims.

We need more of that.

Entrepreneurship, specifically internet startups, is a young person’s game. Without the “I’m hot shit and am gonna take over the world” attitude, you ain’t gonna get it done.

So, if you’re working on something big today, get rid of your inner sissy, blast this song, and act like you’re hot shit. The world needs smart, ambitious, and cocky young people.

And of course, if you’re applying to work for The Hustle (we’re hiring writers), the cockier and bolder you act, the more likely you are to get an interview.