Home › What happens when your brand is co-opted by extremists?

What happens when your brand is co-opted by extremists?

Fringe groups have glommed onto brands like Pit Viper, Dr. Martens, and Fred Perry. Can a brand reclaim its identity from unwanted customers?

The Pit Viper headquarters in Salt Lake City, Utah, is a shrine to carefree, bro-tastic vibes.

Inside the offices of the ’90s-themed sunglasses company, the walls are adorned with pictures of dogs, grandmas, and skiers all wearing brightly colored shades. The production basement is full of neon windbreakers and other whimsical photoshoot props.

It’s all in line with Pit Viper’s mission statement: “To help people not take life so seriously.”

But on a recent summer afternoon, Spencer Harkins, the company’s VP of brand, walked out of a conference room expressing exasperation.

“I’m talking about the alt-right guys again,” he said.

In the last 19 months, Pit Viper has endured numerous associations with fringe right-wing influencers. The company’s products have been sported by a Jan. 6 insurrectionist and a far-right livestreamer who leads a hate group called the “groyper army” to name a few.

The more the company has tried to denounce its associations to these influencers and their ideologies, the more these figures seem to endorse their product.

This phenomenon — when a brand is unwillingly co-opted by fringe groups to advance their message –—is known as hatejacking. Hatejacking has become increasingly common as extremist politics have crept into the mainstream, interfering with brands aiming to please broad audiences.

Most of the time, the fringe group picks its targets at random. There are no clear answers for why it happens and to whom. Just as confusingly, there’s no surefire strategy for silencing the fringe groups.

Companies like Pit Viper face a daunting challenge: When a fringe group takes over your brand, can you ever get it back?

How brand takeovers came to the US

The affordable worker boots, introduced in the 1960s, were immensely popular among working-class youths in Europe who called themselves skinheads. By the 1980s, many skinhead subcultures had gravitated toward white supremacist ideologies, using the boots to self-identify.

Another brand racist skinheads picked up was Fred Perry. Its polo shirts initially represented a subversion of the upper class, given the working-class roots of Perry, the company’s namesake — but the shirts’ meaning became warped through association with their group.

The co-optation of the brands was partly out of necessity. Many European countries banned traditional symbols of hate, such as the swastika, and Dr. Martens gave the hate groups a mainstream codifier.

Flash forward to today in the US: Hate groups have declined the last few years, but, as mainstream political movements have been more accepting of fringe attitudes, images and propaganda associated with these groups are on the rise.

They’ve also co-opted a glut of other brand symbols, often for random reasons.

Unlike in Europe, swastikas and other hate symbols are not banned in the US. But American hate groups, experts say, still seek out mainstream brands as a compromise.

A Fred Perry polo or New Balance sneakers shows solidarity toward a fringe group without overt association.

“They kind of caught on to this idea of the brand,” said Daniela Peterka-Benton, a Montclair State University professor and author of the study “Hating in Plain Sight.” “I can wear certain things or utilize certain items… and people will know without me officially saying, ‘I’m a racist or something.’”

The randomness in choosing most of these brands, said Bond Benton, the co-author of “Hating in Plain Sight” and professor at Montclair State University, makes these associations with hate hard to detect and easy to intensify.

And for the unlucky brands chosen by fringe groups, a dilemma arises: Disavowing the fringe group often adds more fuel to the fire.

Pit Viper launched in 2012 and quickly established itself as the sunglasses of choice for the outdoors partying crowd, sometimes taking the concept too far. Early ads were crass and exclusionary, and the founders admit to objectifying women.

“There’s a lot of things that we’ve done in the past that we maybe wish we hadn’t,” Harkins told The Hustle in a recent interview at the company’s Salt Lake City headquarters.

He added, referring to the alt-right’s usage of Pit Viper, “Maybe we could have seen this coming.”

The co-optation of Pit Viper centered around two big events:

Pit Viper thought Baked Alaska was a one-off event, but after the Fuentes incident, they realized the problem was more serious.

Harkins posted on Twitter immediately, calling out Fuentes: “any website wiz-types out there who know how to prevent racist losers from buying your product?”

Another tweet stated Pit Viper would donate to the Southern Poverty Law Center an amount equal to whatever Fuentes and other white supremacists spent on their products.

Pit Viper’s tweet got plenty of likes, but also more attention from their alt-right trolls.

“Any statement that a company puts out could potentially be taken as a challenge,” said David Noel, an Army veteran and art professor at West Virginia University who researches online gun communities.

The problem with going public, according to Noel, was that Pit Viper was playing a “PC language game,” where it could trigger the hypermasculine and politically right-leaning portion of its customer base, even with well-meaning statements.

Meanwhile, Fuentes and his supporters had nothing to lose and more incentive to continue provoking.

Some alt-right influencers advised followers to buy counterfeit pairs to dent Pit Viper’s business, and others continued to pester the company. In October 2021, Pit Viper had to stop an online event after being inundated by racist comments from the alt-right.

These situations panicked Pit Viper leaders, who were unsure how to react. Finally, they decided to do more than engage in social media bravado.

Why brands must become ‘uncool’

If speaking up is counterproductive, how are brands dealing? In some cases, they’re making the co-option uncool.

“I think it can help if you do that, to kind of inoculate yourself by doing positive, good, and inclusive things and displaying that,” Benton told The Hustle.

Behemoths like Fred Perry and Nike can sustain fringe group associations and take measures to ward them off without alienating much of their massive base. Young companies like Pit Viper have to thread a needle. Anything that might seem political can alienate a large share of customers.

After months of back-and-forth with fringe groups, Pit Viper moved forward with an “uncool” strategy. Co-founder Chris Garcin came up with the idea to counter-donate to organizations with opposite ideals of Pit Viper’s alt-right co-opters.

The results have introduced a new marketing branch:  “Pit Viper Gives a Fuck.”

“If you’re afraid of the friction and you’re afraid of creating that, you’re not going to make a move. You’re just going to be fucking scared,” said Jake George, the company’s digital marketing director. “And that’s just something that Pit Viper doesn’t do.”

One of the company’s announcements of their Pride sunglasses featured the environmentalist drag queen Pattie Gonia sporting Pit Vipers on Instagram — a campaign that disappointed many old followers.

The Pride posts led to a loss of ~6k followers in one day and ~10k the next few days, according to Harkins, and so many negative comments that the company’s verified account was frozen.

At the same time, Pit Viper gained more new followers, 5k the first day and 8k the days after. The company’s business has continued to increase through the turbulence of the last year, and it recently partnered with ex-NFL superstar Rob Gronkowski.

To Harkins, the company’s newfound outspokenness hasn’t fully succeeded in warding off unwanted fans, but, he said, it “seems like we’ve kicked out a lot of people.”

Last month, Harkins got a call from a reporter about an anti-trans activist named Kelly Neidert, who was protesting outside a doctor’s office in Dallas. Neidert was wearing Pit Vipers. 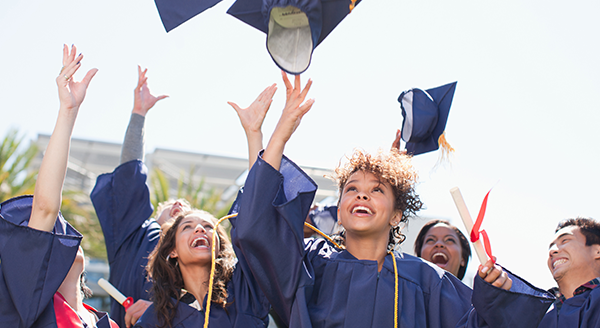 Small colleges and big universities — including the likes of Harvard, Duke, and Yale — are “course sharing,” or teaming up to offer students a wider array of …
Read More The small business boom ain’t over yet

During the pandemic, a combination of stimulus checks and free time led many to tap into their inner entrepreneur. Case in point: Google searches for “how to start a small …
Read More Can you have Tupperware without parties?

Tupperware, once only available at parties, is now at Target — which is arguably less fun and doesn’t include homemade canapés. Tupperware CEO Miguel Fernandez recently …
Read More Liquid Death is killing it

It’s a business idea so silly you might just laugh at it: canned water with punk-rock branding. Oh yeah, and it’s called Liquid Death. But that silly little brand is laughing …
Read More WFH is a game changer for disabled workers

While the remote work debate rages on, one implication of normalizing WFH is hard to argue with: it makes work much easier for many people with disabilities. The group, …
Read More Why homebuilders are in panic mode

A year ago, the housing market was so frothy that one aspiring homeowner offered to name their firstborn child after the seller if their offer was accepted (it was not). Today, …
Read More What the heck is a golden passport?

Aside from breathtaking views, the small Mediterranean island of Malta offers a unique opportunity to the ultra-wealthy: investment citizenship. For a hefty fee, people can …
Read More Not those credit default swaps again…

Shares in the Swiss banking giant Credit Suisse have gone on a wild ride, following rumors about liquidity challenges that sent its credit default swaps surging. What are credit …
Read More Swiss chocolatier Lindt and Sprüngli has been fighting in court for years over a quintessential Easter treat: the chocolate bunny. Lindt’s been making its “Gold Bunny” — …
Read More