Remember back when Facebook first launched, and we were all posting statuses about our dentist appointments and writing on each other’s walls 24/7? Well, Snapchat appears to be experiencing the same blowout growth with today’s teens.

Sure, we all know Snapchat’s popular with the youths, but maybe we underestimated exactly how addicted teens are to the platform.

47% of teens now say Snapchat is their favorite social network — a stat that’s nearly doubled in just 18 months while numbers for other platforms have stayed pretty much the same. 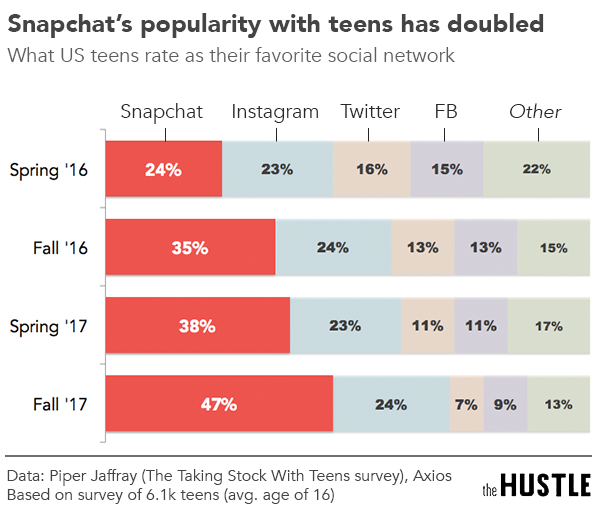 And, despite Zuck’s efforts to replicate Spiegel’s Snap features at every turn, only 24% of teens ranked Instagram as their #1.

So it looks like there’s no imitation after all.