Tai Lopez is either a marketing genius or the biggest con-artist in business. 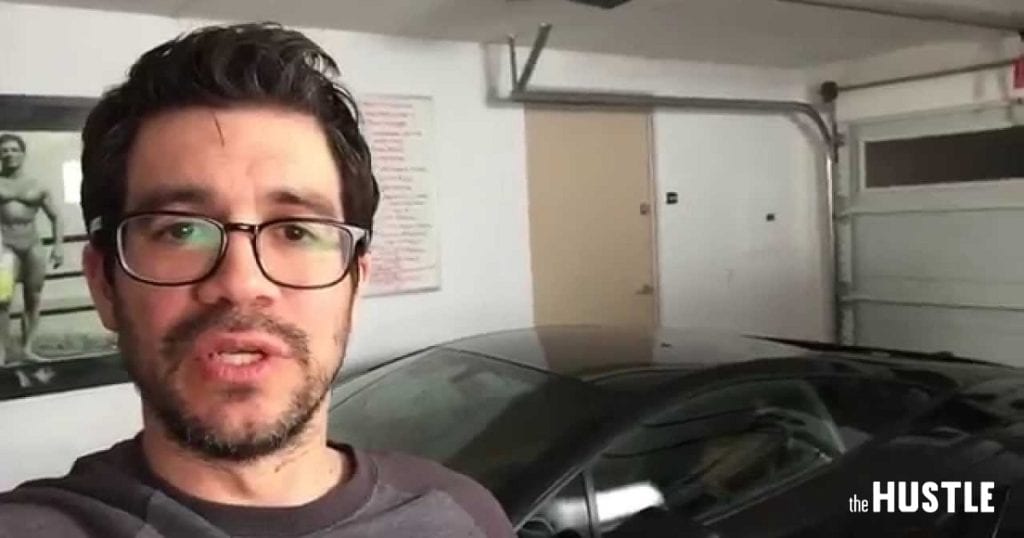 Don’t watch it; it’s an ad. Save four minutes of your life.

Internet entrepreneur Tai Lopez shows off his Lamborghini parked in his house in Hollywood Hills. He tells you that materialistic things aren’t important. Lopez shifts the camera to reveal his seven new bookshelves holding 2,000 new books. Lopez promises that when you click on his website, you can live a better life with his 67 Step program.

Sound sketchy? It should.

With the huge boost in popularity came a cultlike following of haters.

They created parodies and remixes that accumulated millions of views on YouTube. People spoke out about how scammy Lopez was on blogs, forums, and online communities. They even made dedicated hate websites against him.

But if Lopez really is a fraud, how does he collaborate with people like billionaire Mark Cuban, NBA star Chris Paul, and bestselling author Keith Ferrazzi? Lopez was even a featured guest on Adam Carolla’s podcast.

Is Lopez a marketing genius or a complete scam artist?

Lopez built a small following around self-improvement and business topics.

His videos have scammy titles like The Modern Law of Wealth: 11 Secrets Only Millionaires Know Revealed, The One Secret To Being Rich: How To Turn Everything You Touch Into Gold, and How I Went From Broke To Buying A Lamborghini.

His presence made people so upset, it provoked them to talk more about him. Which was exactly what he wanted.

Every business needs a sales funnel or a process that customers go through when buying a product. This is how Tai Lopez makes money.

The more attention Lopez gets the more leads he’ll generate, regardless of if the attention is good or bad.

This is HUGE because all of the parodies, remixes, and hate videos people made about him is actually beneficial to his success.

Funny Or Die made a Here In My Garage parody that added 400,000 views and even made a dedicated website about him. Craig has Dysentery made a remix about Tai Lopez that had three million views. Countless of other videos with hundreds of thousands of views are all about Tai Lopez.

Blogs started to cover him. Tai Lopez even became a meme.

And all this hatred towards Lopez made him even more popular. And richer.

Lopez uses the “foot in the door” technique to entice you to make small commitments. First, you click out of his YouTube video on to his landing page. Lopez shares an inspirational video of how he went from being broke to earning his wealth. Lopez is crafty with his words and can be extremely convincing. He prompts you to fill in some basic info and share your biggest frustration.

But just wait until you see what he does next…

Lopez doesn’t take you to the sales page just yet. He wants you to agree with his values and principles before you buy… isn’t that kind of him?

Lopez is trying to make you take another small step forward by clicking the “I agree” box and another button to claim your spot. A clever marketing tactic.

But what he’s really doing goes much deeper.

Lopez is using the consistency bias against you. Which means that once you click “I agree”, your brain internalizes those beliefs. It’s hard to not buy the program now because if you didn’t agree with Lopez, why did you click “I agree”?

This is when he tries to close you. Like a good salesman, Lopez re-emphasizes all the benefits you get when you join his program. He takes it a step further by adding social proof from his other customers. Social proof is powerful because it makes you think, “If all these other people found success, I will too!”

But for a guy who makes millions of dollars a month, you would think he could afford to hire a spell checker to correctly spell “guaranteed.”

What does this all mean?

Well now that we understand the sales funnel, we can calculate how many subscribers he needs to make a sale.

If Lopez has 455,000 YouTube subscribers and 109,871 students, he converts a sale at a 4.14% conversion rate. At this rate, it doesn’t matter what attention he gets. As long as he can continue to foster this cultlike following of haters to make fun of him, the more money he’ll make.

Any press can be good press… for some people. Bravo Tai Lopez, bravo.