The economics of Costco rotisserie chicken

Costco’s popular chickens have stayed fixed at $4.99 for more than a decade — even in the face of raging inflation. But it’s come at a cost.

Chicken holds a special place in the carnivore’s heart.

This year, the average American will scarf down 99 lbs. of chicken, handily outranking our consumption of beef (56 lbs.), pork (52 lbs.), and fish (19 lbs.). That’s roughly 20 whole chickens per person, per year, in case you’re wondering.

About 900m of the 9B chickens we consume on an annual basis are rotisserie chickens — precooked, seasoned, ready-to-eat birds.

The chain debuted its popular rotisserie chickens around 2000, pricing them at $4.99. More than two decades later, they’re still $4.99.

Despite record-high inflation, supply chain woes, and the rising production costs of poultry, the retailer has refused to raise the price of these prepped birds.

Adjusted for inflation, Costco should be selling its chickens for $8.31. But over the past 20+ years, the retailer has only raised its prices one time — a brief, $1 increase during the 2008 financial crisis. In 2009, it knocked its rotisserie chickens back down to $4.99, where they’ve stayed ever since.

Many Costco chicken loyalists have been blissfully perplexed by this pricing strategy. How the cluck are these chickens profitable?

The short answer is: They’re probably not.

In a 2015 earnings call, Costco’s CFO, Richard Galanti, admitted that the retailer was taking a multimillion-dollar hit by not raising chicken prices.

As is the case at most grocery chains, Costco’s rotisserie chickens are a loss leader.

Costco maximizes the chances of this happening by placing the rotisserie chickens at the back of the store, next to its wines (14% margin) and side dishes. But Longo says these chickens serve other important purposes for Costco that go beyond immediate profit:

Costco’s ex-CEO, Jim Sinegal, was so impassioned about the $1.50 hot dog combo that he once famously told a colleague: “If you raise [the price of the] effing hot dog, I will kill you.”

Over the past decade, tactics like this have nearly doubled Costco’s rotisserie chicken sales, to 106m units ($530m).

If you added up the pounds of chicken the company sells, it would amount to ~6x the weight of the Statue of Liberty. Lined up end to end, the chickens would almost run the entire Earth’s circumference.

In recent years, that immense volume began to pose some production challenges for Costco.

To reduce dependence on the big suppliers, Costco decided to vertically integrate its chicken operation.

In 2019, the company opened a $450m chicken facility in Nebraska that produces 2m chickens per week — enough to fulfill 43% of its rotisserie supply, and 33% of its raw chicken supply.

Costco partners with local farmers in Nebraska (dots on this map) to raise the chickens. After 42 days, they’re moved to the main production plant for processing. With the plant, Costco controls the whole supply chain — hatching, feeding, shipping, and cooking.

The operation is expected to have a $1.2B economic impact on Nebraska’s economy — and it will reportedly save Costco up to $0.35 per rotisserie chicken.

But it comes with controversy.

Costco didn’t respond to The Hustle’s requests for comment. For its part, the company has committed to running the new plant for at least 15 years and has pledged to continuously improve conditions.

In the meantime, Costco rotisserie enthusiasts don’t seem to mind much.

The chicken has its own dedicated Facebook page with 19k followers. On a recent post about the lawsuit, most of them seemed to be nonplussed. 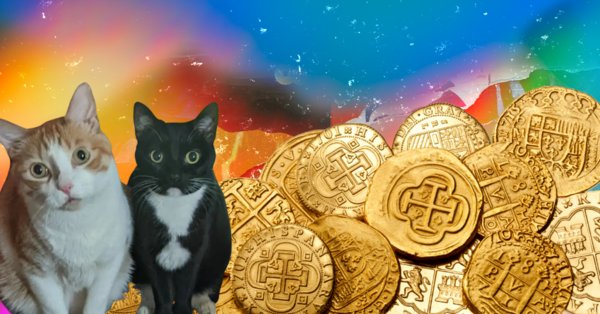