Skip to content
Home › The economics of gas stations

The economics of gas stations

With gas prices climbing up, you may think station owners are getting greedy. But the economics behind the pump tell a different story. by Zachary Crockett.

America is a nation of gas guzzlers.

In a rough and tumble 2020, gas stations in the US still managed to sell 123B gallons of fuel — enough to fill 187k Olympic-size swimming pools.

With average gas prices at a 6-year high, you might think station owners are rolling in the dough.

Most gas stations barely turn a profit on their core product, and when the price of oil goes up they may even take a loss on it. 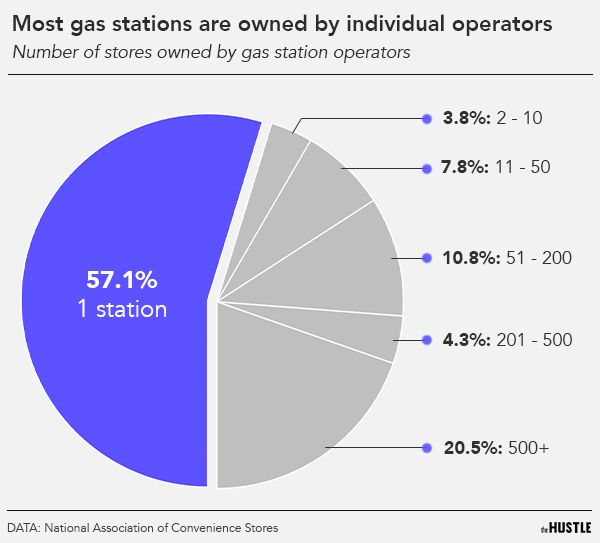 According to IBISWorld, gas stations make an average margin of just 1.4% on their fuel.

Let’s say you buy one gallon of gas at your local station for $3.18 (the current national average). 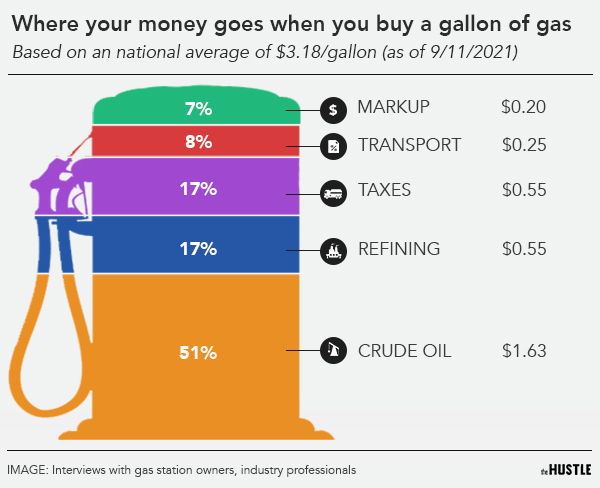 Gas stations typically only receive a fraction of the price listed on the sign. And after factoring in overhead — labor, utilities, insurance, credit card transaction fees — the average profit is winnowed down to ~$0.05 to $0.07 per gallon. 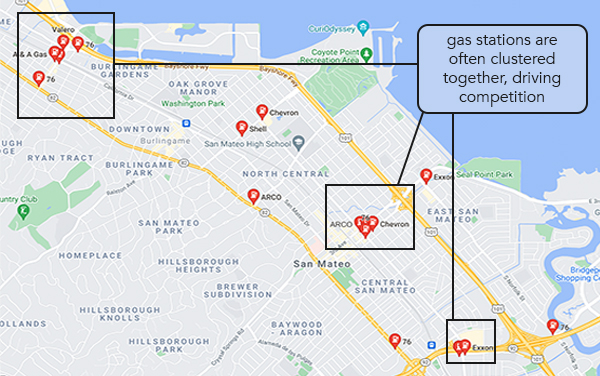 In contrast to fuel, the goods inside these stores can reel in average profit margins of 30%+. 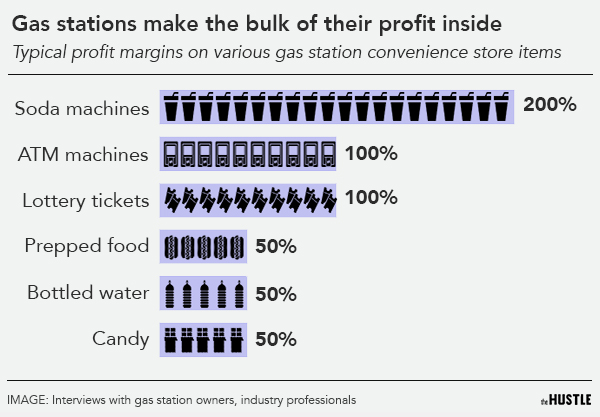 Gas stations have been in decline for several decades. 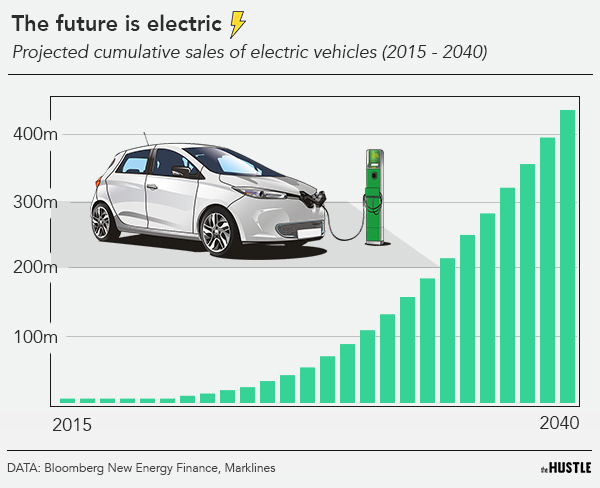 Jeff Bezos just got something money can’t buy: His own management philosophy

Photo by SAUL LOEB/AFP via Getty Images Business students have been trying to get into Jeff Bezos’ head for years. On Amazon — the platform he created — there are …
Read More Most woolly mammoths died ~10k+ years ago, while a small group remained trapped on an island until ~3.7k years ago. Are they ready for a comeback? Colossal, founded by Harvard …
Read More Apple’s devices raked in a whopping $64B in revenue last quarter, with massive numbers across each of its 4 hardware categories: iPhone: $39.6B Wearables: $8.8B Mac: …
Read More